Rise of OTT: The future of content distribution has arrived

Without a doubt, it is the next generation of entertainment. Content distribution will be simpler, with far greater flexibility. If Bollywood can realise it as their future revenue potential, then yes, it has arrived 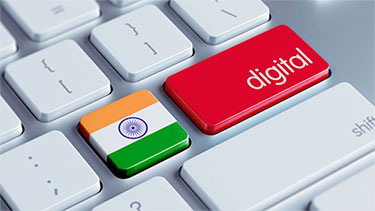 Rise of OTT: The future of content distribution has arrived

Without a doubt, it is the next generation of entertainment. Content distribution will be simpler, with far greater flexibility. If Bollywood can realise it as their future revenue potential, then yes, it has arrived

Such is the power of digital video that in India one-fifth of the 1.3 billion people are online and one in two phones sold this year would be 4G capable. If Bollywood can realise it as their future revenue potential, then yes, it has arrived.

Having spent the last few years in the broadcast industry and having been fortunate to have the experience of being with India's foremost OTT platform and dealing with numerous production houses, here is a small take on how OTT will take centrestage in India.

Gone are the days when a broadcaster had to struggle to reach your homes via murky cable operators who don’t pass on exact subscriber numbers and grossly under-report earnings. Besides, there isn’t any data provided on viewership and the painful dependency on TAM earlier and the newly founded BARC now. OTT just makes it simpler to reach the end-consumer directly through your own web/app wherein you know your end-customer, his name/number/location. It all makes sense.

Offline - Save & Watch later is here to stay in India as bandwidth stabilisation is a long way to go.

2) New Content Players with little or no experience will emerge, will bank on YouTube to become big & then proceed with their own platforms:

Gone are the days of content being produced by a handful of production houses. It is already happening around the world with noteworthy acceptance of new short formats like TVF and AIB in our homeland against 700 episodic journeys with constant leaps and rebirths! With original content being produced by OTT players and also production houses which have realised the potential, it will surely give a tough one to broadcasters in times to come when OTT productions match the same quality as TV productions. Already happening in America, it will take some time in India (due to weak bandwidth). It is notable to see Star renewing Season 2 of AIB. TVFPLAY has launched its own app to keep 100 % of the ad revenue with themselves and slowly shifting away from heavy dependence on YouTube. YouTube Red (the premium service) is their attempt in producing and securing original content deals back in the USA.

Extracting subscription right now from the audience prone to piracy will be a bit difficult unless a disruptor model emerges in place. Indians are habituated to passive-pay every month (e.g., gas/electricity/mobile bills) and are definitely not open to paying for a good movie online, though we are ready to pay Rs 1,200 for Dilwale. Operator billing, already integrated on lot of OTT platforms, is helping definitely. Also, content providers are very pricey in terms of pricing their content. It is high time they realise that by Friday evening their content is already whored, shared and watched by the internet generation via torrents and these millennial are not impressed by 3-hour-long movie to a 5-year long TV show running every Monday-Friday any more. Maybe in the years to come the gap between a film release via theatres and on OTT will substantially lessen owing to emergence of PPV (Pay-Per-View) models (as in case of Bajrangi Bhaijaan, available on Hotstar for free to build habit and increase video views- a very wise step: get users/downloads. It is the only OTT to be crystal clear in its strategy till date.) To substantially increase ARPU, OTTs do need a viable subscription model and maximum internet penetration in India which is growing day by day.

With data being burnt more by consumers of video, it is quite possible we have separate data packs for video rolled out by telcos/broadband (worth the wait to see what JIO does here).

It is good news for the music industry in reaching out and creating new users, but subscription users are still a challenge in India where music is the worst pirated form of content. This is the industry which has taken its own sweet time to explore new models apart from royalty. Freemium model coupled with advertising will stay for some time to come to beating Apple Music & Google Play Music, and integrating with Car Play systems will be the key game along with good deals with producers as it is a relationship driven industry. Also, a key thing to note here is how OS providers like Apple/Android enter into direct distribution deals with artists/records leaving music apps out in the cold with all their might and muscle. But Music apps with large user bases have managed to overcome this threat, which still remains a threat.

Chromecast is a good example, but it needs a TV with a HDMI port which again you never know Google might be planning only for India when bandwidth penetration is at optimum. There is a reason why Flat TV is selling like hot cakes since we just have 175 million plus TV households (as per TAM) in a country of 1.3 billion. Android sticks/IPTV boxes with a good UI/UX can make a dent in converting your existing TV to a Smart TV unless TV manufacturers who make mobile devices do not ramp up or convert their TV UIs to Android with good memory and RAM. Notable attempts have been made by Micromax / Samsung / LG in this domain. But the TV of the future is much more than entertainment, it is a dashboard providing, linking all other home gadgets, calendar and security together. OTT Apps are already benefiting in reaching the audiences Smart TV.

JIO set to be a game changer will surely create new products/services with the rumour of them entering into the Taxi business, apart from internet which they already own and are yet to launch. Once stable over the next 2-3 years, one can expect a slew of launches in unheard of categories by this behemoth. Where they surely will win is price, with deep pockets and the best of talent from around the world. It will compete aggressively to win. I have seen the JIO TV interface and it beats almost all OTT players right now with more than 15,000 dynamic launch screens (every time a user opens his app or TV, a new screen greets them. This is due to the brilliant brand team handpicked from Apple and Verizon. It gives a neat video player which gives complete freedom to the user to rewind/fast forward/stop/play, etc. With 300 plus live TV channels to the most extensive Bollywood/Hollywood VOD library ever, this beast cannot be taken lightly. It just needs a stable 4G line (already in place) to offer you Quadplay at home seamlessly. I truly wonder when they will start offering Wi-Fi aboard Jet Airways to begin with!

7) Benefit to the Brands:

A lot of FMCG/Electronics/Dotcoms have started taking full advantage of digital advertising with DSPs, intuitive dashboards and a whole lot of customer-centric data being available to them through a digital campaign. Traditional media (offline) still gives credibility to the brand in the consumer mind space vis-à-vis a digital campaign filled with a lot of clutter and fake traffic.

Digital spends occupy a minute pie in terms of media spends but are surely being tried, tested and experimented on various  fronts to bring engagement and conversation with the consumer. Digital is definitely a boon to pharma/sexual wellness and alcohol brands who still advertise on pretext of music CDs by Smirnoff but are experimenting bold things online.

With over 40 OTTs to launch in the next 2-3 years, it is the audience that will be spoilt for choice with abundance in choice of quality content (finally) to deciding price points to being neatly segregated in fragments for each OTT/content provider to reach out to a section of audience enjoying niche to mass type of content along with the pain of selecting the right data plan albeit.

So sit back, relax and enjoy the next generation of entertainment anytime, anywhere.