In her new role, George will lead integrated marketing communications for Colgate-Palmolive across Asia. Her new remit will be in addition to her current role of CEO India of Red Fuse 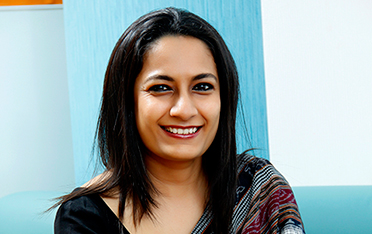 In her new role, George will lead integrated marketing communications for Colgate-Palmolive across Asia. Her new remit will be in addition to her current role of CEO India of Red Fuse

Red Fuse Communications recently announced the promotion of Shubha George to the role of Managing Director, Asia & CEO, India with immediate effect. In her new role, she will lead the development of integrated marketing communications for Colgate-Palmolive across Asia. She will continue to be based in Mumbai as also continuing to report to New York-based Stephen Forcione, Global CEO, Red Fuse Communications.

George’s new remit will be in addition to her current role of CEO India of Red Fuse Communications, a role she assumed in 2013. Under her leadership the Red Fuse Mumbai team is skillfully managed, integrating all the WPP resources and diverse talent, and ensuring brand Colgate in India continues to have a record market share.

Prior to joining Red Fuse, Shubha was CEO at MEC India, where she started working on the Colgate-Palmolive business. During her MEC career, the team at MEC India delivered outstanding results on the business, with award winning work including best creative use of media at the Global Festival of Media in 2012 and multiple awards in India’s media awards across TV, Print and Digital. George also led the development of digital, sports marketing and content partnerships for the agency.

Expressing her delight on her new role, George said, “Working with Colgate-Palmolive and the Red Fuse teams at both Mumbai and Hong Kong has been a truly rewarding experience. With my new responsibilities, I look forward excitedly to contribute to Colgate-Palmolive’s success in the region by efficiently and creatively cross – pollinating ideas and processes across and between, people and offices.”

Before Red Fuse, her career spanned across Ogilvy, JWT, Mindshare and MEC. With several milestones in her career, she has featured in India’s Top 50 Most Influential Women in Media and Marketing for four consecutive years.