Abolition of service tax and early implementation of GST are high on the wishlist of media, entertainment and marketing honchos as the countdown begins to the announcement of Union Budget 2016 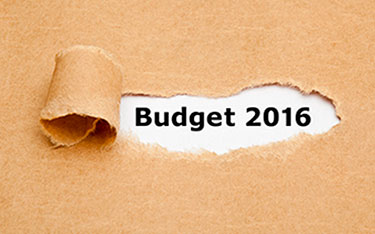 Abolition of service tax and early implementation of GST are high on the wishlist of media, entertainment and marketing honchos as the countdown begins to the announcement of Union Budget 2016

The Union Budget is the most awaited announcement of the year. Every year, Indian industries look forward to reforms in the taxation structure and incentives for business opportunities from the Indian Finance Minister’s Budgetary announcements.

A budget decision taken in 2015 had imposed an extra burden on some businesses, when the term “aggregator” was defined and service taxes were levied on them. This year media agencies are looking forward to changes in the taxation structure with positive outcomes.

Radio veterans do not want to be charged service tax for the free to air service. Most look forward to the Goods and Services Tax (GST) as it will even out the tax structure in the country. Broadcasters are looking forward to sops for distributors to incentivize digitization.

BestMediaInfo.com asked some media veterans to share their expectations from the Union Budget this year. Here is what they had to say:

Digitization in general and the rollout of DAS in the Phase III and IV markets will be perhaps the biggest game changer for media and entertainment. We’re looking at addressability and millions of undeclared TV households coming into the radar and huge corrections in the subscription: advertising revenue anomalies in India. Between Phases III and IV we are talking of around 110 million TV homes. So, my biggest Budget wish for the industry is that the operators in the distribution chain be particularly empowered financially, to be able to afford or access, and offer the mandated technically superior digital setups to take their analog TV homes digital.

This will become easier if the government accords infrastructure status to the broadcast industry. The cable industry is expected to invest some Rs 40,000-45,000 crore on STBs. The government can really help accelerate and optimize the rollout of DAS to a great extent with this one step.

The Budget is always one event we look forward to and we hope that with this year’s Budget, a more positive climate for investments will be created in the country and the reforms will be taken forward. I’m hoping that all the pending reforms will get approved in the Parliament and we’ll see implementation of those and therefore, our country will move forward.

I think the Budget will spur the economy. The economy requires a serious boost. Specifically, from our sector, we’ve been hoping for many years that the Budget will look at radio, very much in the light of print where service tax is not applicable. And we are hoping that, because it is a free to air medium, which is also on a revenue share with the government, the service tax burden on radio will not be applicable.

My expectations from the Budget would be lower interest rates, better inflation protection measures, decisive measures that jumpstart the economy and the law on GST being passed soon to simplify taxes.

Firstly, we want the rest of the Phase III auctions to get completed this year. Secondly, we would like a waiver or reduction in customs duties for importing broadcasting equipment. Thirdly, we look forward to exemption in service tax as for print. Fourthly, we would like the FDI limit to be increased to 100 per cent for non-news radio broadcasters. Lastly, we would like OTF to be collected, not at one time, but in instalments, the way it is for the telecom industry.

I expect three broad things from the Budget this year – of which the first is the general growth of the economy. I look forward to something to resurrect the rural part of the economy which hasn’t been doing as well as it should have in the last few years. Thirdly, I would expect heavier investment in infrastructure. I also look forward to a GST package and rationalization of service tax and simplification of the taxation procedure. The GST and service tax rationalization will benefit the advertising industry.

Coming from an advertising and marketing perspective, I hope the Budget gives impetus to demand in the market. This could be done by changing some tax slabs and putting higher disposable income in the hands of the consumer. A reduction of taxes on auto, white goods, and electronics will help stimulate demand and consumption.

A status quo on service tax will benefit both our clients and us.  From the industry point of view, service tax will mean more burden on our clients. From the consumer’s point of view, if more services are included in the tax bracket or the number rises – it would again add to inflation and the consumer spending power. I also hope that the household investment sector gets some relief and benefits. I am talking about pension plans and housing loans – which will again benefit consumers and the advertising and marketing industry, as these sectors get a fillip.

In short, I hope the Union Budget will give us something that will make us more optimistic about growth as an economy in the next 12 to 18 months.

Certainly, for us, the Budget is very critical. We’ll certainly try and connect with both print and online. We’re able to give people useful tools and insights for making sense of the Budget. There is a lot of expectation in the market on whether this Budget will signal further reforms and opening up, which will increase conditions for doing business in the print industry.  So, any major reforms which are supportive of strong business climate would be supported by the media and I think it’s fair to say that we hope this Budget goes fairer than the last year in encouraging a robust business environment.

We need only two things - one, more bandwidth/spectrum and, two, a level playing field on taxes. Why should a rich, old, viable, lucrative medium like print advertising be exempt from service tax, while the fledgling, entrepreneurial, technology driven internet advertising is skimmed?

The Internet and Mobile Association of India:

The Internet and Mobile Association of India (IAMAI) has urged the Union Parliament to pass the GST Bill in the upcoming Budget session. The body has said that the Bill would be crucial in ensuring the success of mega economic and social projects, especially of digital India and start-up India. The Bill will subsume all indirect taxes to create one rate and integrate the country into a single market and be a landmark in the way of tax reforms.

We hope that the GST will be passed as it will help marketers in a big way. It will reduce a lot of the tax burden on marketers and consumers and help to ease up the tax structure.