The campaign has been created and designed by Ogilvy and Eeksaurus. The Rs 100-crore multi-year, multi-narrative tourism campaign includes six films 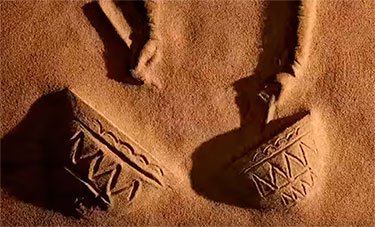 The campaign has been created and designed by Ogilvy and Eeksaurus. The Rs 100-crore multi-year, multi-narrative tourism campaign includes six films

Over the next few years the government is expected to spend over Rs 100 crore on this campaign that aims to rebrand Rajasthan Tourism including a new logo.

Capturing a myriad of this beautiful essence in sand, Rajasthan Tourism has teamed up with Ogilvy & Mather and Eeksaurus to launch its new logo through a special campaign, ‘Animating Sand Sculptures’. The campaign includes six films, print, outdoor, radio and an extensive digital campaign.

Team Ogilvy, guided by Piyush Pandey, Executive Chairman & Creative Director, Ogilvy & Mather South Asia, who hails from Rajasthan, conceptualized a campaign that communicates just that. Rajasthan is how you see it. It is a bizarre discovery for some. And a fairytale for some others. It's highly adventurous for some and extremely peaceful to someone else. Rajasthan is a destination of discoveries and surprises. Like the largest man-made lake, a hill station, balloon rides, scenic islands, waterfalls – anything and everything that you would have never expected Rajasthan to offer as a tourist destination.

Azazul Haque and Mahesh Gharat, Group Creative Directors at Ogilvy, who worked on the campaign, said, “Working with Piyush on any campaign is special, but working with him on Rajasthan Tourism was an altogether very different experience. We had a big challenge on our hands. Changing perception isn't an easy task. After several brainstorming rounds, we stumbled upon a very simple idea.”

Vivek Verma, Senior VP, Ogilvy & Mather, Mumbai, said, “Rajasthan has beauty and to showcase it in a different light we decided to explore every nook and corner of the state. After much ado we found the unusualness of Rajasthan and realised beauty lies in the eyes of the beholder. It is not about what Rajasthan has to offer but how you perceive it. I would say, come to Rajasthan, ‘Jaane Kya Dikh Jaaye!’”

The animated logo has been designed by Eeksaurus Studios. The unique, proprietary style and technique devised for the logo animation is a clever use of sand and clay relief forms that have been derived from 2D animation. Once the entire 50-second animation on paper was ready, each frame was translated digitally to laser cut stencils. These stencils were then worked over by clay to provide the 3D depth that is seen in the film and then lovingly animated over frame by frame with sand – the most rudimentary component when one thinks of Rajasthan.

Commenting on the launch of the campaign, Suresh Eriyat, Founder & Creative Director, Eeksaurus, said, “This project has been very exciting to work on as it gave us the freedom to explore our creative potential to the fullest. The state of Rajasthan creates an immediate recall for what it is built on, i.e., sand, and therefore we decided to capitalize on this factor. Sand animation calls for a great amount of attention to detail and, therefore, every movement and change in surroundings has been looked upon very delicately. In keeping the design thought process central to the visuals, we were able to effectively cater to the captivating storyline that comes across in the film, thereby holding true on making each of our films distinct from the other.”

Carefully crafted in sand, the story line has been well conceptualized to capture the magnificent state with features that describe it best. Be it the authentic Rajasthani culture, places of historical importance or the flock of camels that walk the seemingly never-ending desert, the element of sand coupled with soulful music gives you many reasons to visit this arid but vibrant state.