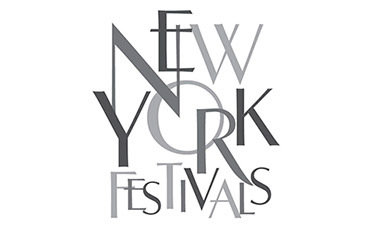 New York Festivals International Advertising Awards has announced the next round of creative executives to the 2016 Executive Jury. For the sixth year in a row, NYF will assemble this elite group of 30+ worldwide chief creative officers and executive creative directors to meet together in New York City May 13-17 to select the World’s Best Advertising award winners across all mediums.

“2016’s Executive Jury brings together a live panel of prominent global creatives who represent some of the world’s most ground-breaking and highly awarded campaigns,” said Michael O’Rourke, President, New York Festivals. “NYF’s Executive Jury will evaluate all shortlisted entries across all competitions and categories selected by NYF’s online Grand Jury; these combined juries of international creatives cast over 300,000 votes each year and insure that all award-winning work is worthy of being called the World’s Best Advertising.”

The fourth round of the 2016 Executive Jury includes:

This May 2016, NYF’s Executive Jury will gather in New York City for five rounds of judging across all mediums and select 2016’s Finalists, First Prize, Second Prize, Third Prize, Grand Award winners, and Best of Show.  The Executive Jury will utilize NYF’s Matrix Judging System; a patented system insures each entry is scored on its own merits with 50% of the vote based upon its concept / idea, 25% stemming from its brand and market relevance, and 25% pulled from its production execution.

The 2016 New York Show speaker series, creative panel sessions and networking events will take place on Wednesday May 18th and Thursday, May 19th. 2016’s Creative Sessions will take place at the NYIT Auditorium, 1871 Broadway, between 61st & 62nd Street. The New York Show gala will be held that evening in the renowned Jazz at Lincoln Center’s Frederick P. Rose Hall, Broadway at 60th Street, with a cocktail party in the Ertegun Atrium and the awards ceremony immediately following in the Rose Theater. A celebratory after-party will follow to toast the 2016 award-winners.