Crabtree sets the stage for the year by launching its latest commercial. The TVC intends to inspire class with class 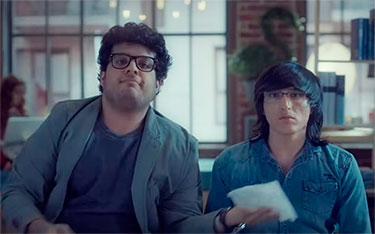 Crabtree sets the stage for the year by launching its latest commercial. The TVC intends to inspire class with class

A high sense of professionalism and product quality has made Crabtree a distinguished brand over the years. A part of the $1.4 billion Havells India, the brand’s aesthetics and modern technology have blended together to position it as “not just any other switch.” Based on the insight of seeing something classy and behaving likewise, the brand’s latest TVC, conceptualised by Mullen Lintas, has highlighted the concept of “Class inspires class.”

Shriram Iyer, National Creative Director, Mullen Lintas, commented, “Crabtree has always shown itself as an aspirational brand which subtly takes a dig on people who call it just a switch. This time we upped the ante by allowing the elegance and style of Crabtree switches to inspire people who see the switch and become a classier version of themselves.”

The film opens on a large screen where a video conference is going on. It shows two young men dressed casually; one of them is chewing gum and the other is playing with his phone. Onscreen, we see a distinguished looking man who gets a call and he excuses himself to take it.

One of the two guys says dismissively that he doesn’t think that the investor (on-screen) will be able to fund their project. The other guy, who was chewing gum in disinterest, suddenly notices the Crabtree switch on screen and he is fixated on its luxurious design as he moves closer to the screen. Both men are fascinated by the class of the switch. They quickly change their attitude and try to look classy now.