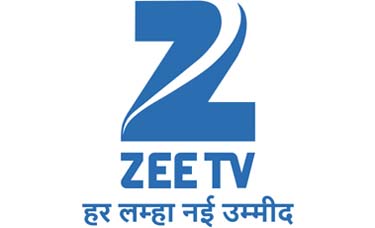 Through its robust presence across social media, smartphone apps and innovations in the voting mechanism of its reality shows, Zee TV continues to be at the helm of digital engagement in the Hindi GEC space. The channel is now set to introduce yet another first-of its-kind red carpet innovation at the recently concluded and up for telecast annual awards property - Zee Rishtey Awards 2015.

Collaborating with Twitter India, Zee TV brings Indian audiences the internationally popular red carpet app - The 'Twitter Challenger App' for the very first time at Zee Rishtey Awards 2015. Having been a rage at the Emmys, Grammy Awards, MTV and the VMA Awards, the app has already begun creating a wave of conversations around Zee Rishtey Awards on Twitter. The app presents viewers with a very quirky, personal avatar of their favorite Zee TV stars, caught candid on the red carpet and captured in their element, sportily taking on fun tasks and questions.  So, one can look forward to Abhi-Pragya of KumkumBhagya enacting various emojis, Sid and Roshni of Jamai Raja pouting for self-autographed selfies, Armaan-Mahira delivering their favorite clichéd serial dialogues and so on.

Zee TV Business Head Pradeep Hejmadi, said, “Zee TV is the first Indian GEC to explore Twitter’s unique celebrity engagement app that will give our viewers an experience of almost walking the Red Carpet of Zee Rishtey Awards with their favorite stars. On an occasion where we celebrate our relationships within the Zee family as well as the most important one we share with our viewers, the app gives us an opportunity to thank them for their continued love and support.”

“It is an exciting moment for us to feature the Twitter Challenger App on the red carpet at Zee Rishtey Awards. The Challenger App helps create engaging visual content, especially videos, and it is great for our users, who love to consume entertaining content with celebrities. TV celebrities have a huge following on Twitter, and this is therefore the perfect association,”said Viral Jani, Head of TV Partnerships, Twitter.