On Max HD, viewers will be privy to a wide assortment of Bollywood’s biggest blockbusters with great picture and sound quality and vibrant channel packaging. The channel goes on air from December 25 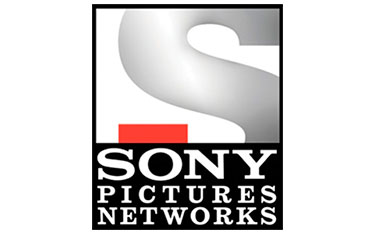 On Max HD, viewers will be privy to a wide assortment of Bollywood’s biggest blockbusters with great picture and sound quality and vibrant channel packaging. The channel goes on air from December 25

Sony Pictures Networks Television India (SPN) has added an HD channel to its bouquet of offerings by launching Max HD. With a differentiated brand positioning of ‘Jee Ke Dekho’, Max HD will entice viewers and bring alive the emotions and moments that touch various aspects of their life.

The channel mirrors the disposition of Indian viewers who love their movies, appreciate superior quality and expect a premium TV watching experience. On Max HD viewers will be privy to a wide assortment of Bollywood’s biggest blockbusters showcased with great picture and sound quality and vibrant channel packaging.

Neeraj Vyas, Senior EVP, Sony Max and Sony Max 2,  said, “It has been our constant endeavour to provide viewers an experiential, entertaining and unique television movie viewing experience and the launch of our HD channel takes our obsession for movies to a whole new level. With its own unique movie line up independent of Max, the channel will strike a chord with the aspiring audience who yearn for that superior cinematic viewing experience in the comfort of their homes. Offering an interesting bouquet of Hindi movies, the channel is guaranteed to enthral Bollywood fans across India”.

BestMediaInfo spoke to Vaishali Sharma, Marketing Head, Sony Max to get an insight into the positioning of the channel. Speaking about the reason behind launching now, she said, “As the year ends we thought of closing it on a very interesting note. This channel is aimed to entice movie buffs of our country. The channel’s look and feel is very different.”

She also mentioned that the channel would have a mix of movies that even Sony Max had and some new and different ones which only Sony Max HD would have. “The interesting part is how we will be positioning the channel. It is a promise to our consumers that the content strategy would be different with many differentiated movies. The channel will let the consumers live the moments while watching a movie,” she added.

To spread awareness about the channel, there will be a big push with the campaign which revolves around, ‘Jee Ke Dekho’, which will use all the mediums possible.

Not only the channels out of SPN would be used for this purpose but there will be a huge push on the print and digital mediums which are heavily dependent on social media and YouTube. On digital, the teaser campaign has already gone live while the main commercial is set to go live on December 23, which will build excitement during and before the launch of the channel.

The television campaign has been conceptualised by DDB Mudra while the digital campaign is created by Tonic Media. “The campaign highlights the power of storytelling. The campaign takes the viewers through a memory lane of stories and movies. It captures the emotions and feelings of the consumers for a few movies. We are moving on from the technology aspect to make the consumers live the moments,” she added.

When asked to highlight the current HD market scenario, she said, “Within the industry, it has been noted that the premium HD channels have recorded ten-fold top line growth according to the 2015 FICCI KPMG report. With this Max HD’s endeavour will be to grow this base even further. Max HD will be available across multiple DTH and leading digital cable platforms.”

She also stated the sales report of the High Definition television sets which indicates that the need and demand for HD is growing rapidly and there is great opportunity for these channels to enter this space.

Max HD will go on air from December 25, 2015. To celebrate the season’s festivities Max HD will  showcase blockbuster films such as  Bahubali, PK, Queen, Jab Tak Hai Jaan, Ram Leela and Aashiqui, to name a few.