As 2015 approaches its end, BestMediaInfo.com reached out to some of the finest creative minds in the country with a simple question: Which are two ads in 2015 that you liked the most and why? Ambuja Cements 'Khali' seems to be the popular choice 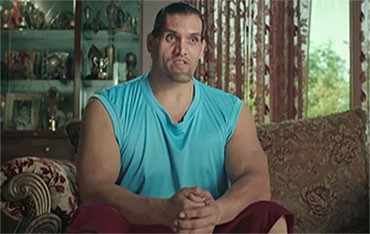 As 2015 approaches its end, BestMediaInfo.com reached out to some of the finest creative minds in the country with a simple question: "Which are two ads in 2015 that you liked the most and why?" Ambuja Cements ‘Khali’ seems to be the popular choice

The advertising industry is all about creatively telling stories, with a singular objective: reach out to the target audience. In the course of time, some work effectively, some may not, and a few always leave a mark in the minds of viewers. As 2015 approaches its end, BestMediaInfo.com reached out to some of the finest creative minds in the country with a simple question: "Which are two ads in 2015 that you liked the most and why?"

This exercise is not about the best or the most effective. These are ads which have left a mark on the minds of those who spend all their time through the year to create beautiful ads. In their own way, some because of their storyline, some others because of their excellent consumer connect, and some because they were simply loveable, the selection below is a top of mind recall from the masters of the craft.

Going by the responses from these eleven advertising masters, the popular vote went to Ambuja Cement’s ‘Khali’ campaign with three mentions. Whisper ‘Touch The Pickle’,

I am unable to pick two because I have five that work for me. The names include Ariel 'Share The Load', Ambuja Cement 'Khalli', HP 'I like your soch but love my approach', Whisper 'Touch The Pickle' and iCongo 'Video appeal to the jury at Cannes.'

According to me, ‘Pepsi Thi Pi Gaya – Thirst ka koi strike nahin ho saktha’ and Tata Gluco Plus Airobus launch ad ‘Push start a plane’ have been one of the good ones.

Firstly, Whisper's ‘Touch The Pickle’ campaign because of the great insight to engage and touch the modern middle class teenagers and young girls. A great way to engage TA and thereby engage them.

Secondly, ‘Subah Bolo Goodknight’ because it has a great concept  and expression in colloquial Hinglish to expand the market for Goodknight by capitalising on the current prevalence of dengue fever which seems to be breaking out in different parts of the country regularly.

Firstly, Fevikwik ‘Todo Nahi, Jodo’ campaign because it was certainly effective in delivering the product benefit. Based around the ceremonial parade at the Wagah Border, it broke during the India-Pakistan cricket match, and in terms of reach, you couldn't have asked for a better recipe. More importantly, it drove a greater truth, the strength and positiveness of working together than working against. It revolved around fixing things versus destroying things. All was delivered in good humour, despite the inflammability of the subject. I think the ad was a popular view and opinion on how both countries should be dealing with each other politically. There is no harm in being rivals but there is great harm in being enemies.

Secondly, Star Sports’ ‘Mauka Mauka’ campaign because this was one of the campaigns that got everybody watching – essentially to see the commercial post the cricket match. It was equally rooted in the topicality of the result as it was in the idea. Of course, the overt tickling of Pakistan went a long way but the planning, the sequencing, the execution, the variations, and the fact that you even had to take into consideration that a rank outsider could pull off an upset. Sure enough, this wouldn't have been possible if the client and brand wasn't Star themselves. So every cog in the system was on standby and greased. This isn't something that would be beaten in a while, and I guess every astral body in the cricketing zodiac and universe need to align themselves all over again to overhaul this record.

According to me, few names include the Shop Clues’, ‘Shop Clues' 'Bhains ki aankh’ campaign – Do not look outside the window, there is nothing worth seeing, shop on Shop Clues instead because of the originality of the idea. Secondly, I really liked Koovs.com’s ‘Step Into KOOVS.COM’ campaign for the freshness of execution of the film.

Two pieces that stand out for me which include MTS Internet Baby Heaven TVC and the Ambuja Cement ‘Khali’ commercial.

Ambuja Cement’s commercial because even though the idea of exaggerating frail versus thick walls isn't something we have not seen before, contextualising it with Khali was a genius idea and MTS’ commercial because it is not easy to make an engaging spot and follow it up with something even better. The campaign was eminently enjoyable whilst being informative.

I really liked the Lifeboy ‘Help A Child Reach 5 - Chamki’ campaign which asked expecting mothers to join a global movement to teach good handwashing habits that can save millions of young lives (#HelpAChildReach5). The other one that I liked was Skymet Weather’s #HelpTheFarmer campaign which was on the famer suicide issue. Both had a great concept and a good social aspect.

I am choosing two campaigns for extreme ends of the year. Firstly, the Tata Docomo's 'Bhalai Ki Supply' campaign because it got great traction and is one of the most appreciated ones.

Secondly, the latest one by Radio Mirchi which says that Radio Mirchi listeners don't need a reason to be happy – ‘Kyonki Mirchi Sunnewaale Always Khush’ – because it is quite simple, engaging and funny.

Ambuja Cement ‘Khali’ campaign because it is important to understand how to choose and use a celebrity. A lot of brands use famous faces just for the sake of it, but this ad shows how to add meaning and substance to the endorsement. The storyline is perfectly crafted, the sequences are so well thought through, it does not deviate from the central idea and is funny. And then the product is introduced in a straight and uncomplicated manner. Full marks to the creative team and the director.

Radio Mirchi ‘Rudaali’ campaign because this ad brings alive a tradition that’s so unique to India. Rudalia are professional weepers, and the unique storyline show us Rudaalis who have forgotten how to be sad and have discovered a way to be happy. It thus brings out Radio Mirchi’s ‘Always Khush’ proposition in the most entertaining and unexpected manner. The ad is long but thanks to the witty situations and some delightful performances, it is definitely 2:30 minutes well spent.

I am not a home insurance enthusiast but the 2015 John Lewis ‘Tiny Dancer’ commercial for Home Insurance is perhaps one of the few commercials I can watch on loop. Like all insurance ads, this one too is about being prepared for disasters. However, the simple yet very strong idea (which no family man or woman can refute) and the flawless execution get the message across in the most entertaining, endearing and enjoyable manner, making the ad a delight to watch. Over and over again.

I have also enjoyed most of the ShopClues work that came out this year. Over a few commercials through the year, I have gotten used to the idea of being surprised by their commercials. But the ‘O Bhaisaab’ film took the cake. The quirky casting, the sheer absurdity of the idea, it is just zany.

GV Krishnan, President, Lowe Lintas Bangalore The Paper Boat campaign because of the manner in which we captured the innocence and evoked nostalgic memories of an era which we all long for. We made it soulful with music from Malgudi days and the voice of Gulzar.