How Bollywood stacked up in media in 2015 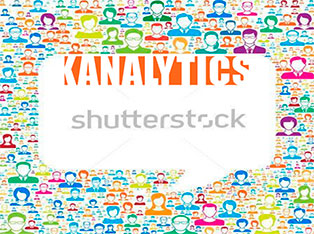 How Bollywood stacked up in media in 2015

Click on the image to view the full report.

“While Print and TV drove Bajrangi Bhaijan’s visibility among all top movies, Prem Ratan Dhan Payo had a more fluctuating breakout. It topped all movies in the web space and managed to retain the second spot in print, but lagged to the third spot in TV. Tanu Weds Manu 2 ranked third overall, but managed to pip Prem Ratan Dhan Payo to the second spot in Internet visibility,” said Ashutosh, Founder & CEO, Kanalytics, the firm that conducted the research.

Launched as India’s first comprehensive transmedia intelligence tool by media personality Ashutosh and Bollywood singer Kailash Kher, Kanalytics uses a proprietary technology based platform to map the presence of brands across media including print, television and the digital space. It uses algorithms to measure the context they have been presented in and the tone and tenor used to describe them both by the traditional as well as the digital media.

For Bajrangi Bhaijan, Salman Khan grabbed 28.4% of total media attention. Of the total write-ups in print media, Salman’s share was 47% against 31% in e-media. Karishma Kapoor trailed him with a share of 16% and 15% in print and e-media, respectively. “Interestingly, child Artist Harshaali grabbed more attention than Nawazuddin. Apart from actor related stories, box office collection based stories drove Bajrangi Bhaijaan’s visibility. This was followed by music and marketing stories,” explained Ashutosh.

“If we were to summarize 2015, Bollywood coverage was singlehandedly dominated by Salman Khan. Among movies that did not feature Salman Khan, the lead actresses, in contrast, dominated coverage. In Tanu Weds Manu 2, Kangana Ranaut grabbed 44% media attention against R Madhavan’s 16% and Shraddha Kapoor led with 33% against Varun Dhavan’s 31% in print and TV in ABCD 2. Also interesting to note is that by and large industry coverage was positive. A negligible 1% coverage was devoted to negative or controversial stories, Bajrangi Bhaijan being the only notable exception grabbing some negative buzz. Box office and other cast stories were also key drivers for movies in 2015. But here too, Bajarangi Bhaijaan bucked the trend with music related stories getting a fair share of the exposure,” concluded Ashutosh.

Kanalytics uses a proprietary technology based platform, and it maps the presence of brands across media including print, television and the digital space. It also measures impact of media called Brand Medium Impression (BMI), a result of quali and quanti parameters, and ascribes a certain value to each article or clip or a post to aid and measure the overall brand perception.