The Dubai Lynx International Festival of Creativity has launched a new Creative Effectiveness category. Dubai Lynx takes place from 6-9 March 2016, with entries being accepted from November 25, 2015 to February 4, 2016 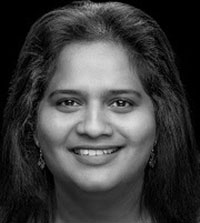 The Dubai Lynx International Festival of Creativity has launched a new Creative Effectiveness category. Dubai Lynx takes place from 6-9 March 2016, with entries being accepted from November 25, 2015 to February 4, 2016

The Dubai Lynx International Festival of Creativity has revealed the names of the 2016 jury presidents, as well as details of a new Creative Effectiveness category.

“Discussions around the effects of creativity on business continue to be had across the industry,” said Emma Farmer, Festival Director, Dubai Lynx. “We’re introducing Creative Effectiveness as a necessary award for the region, with the ultimate goal of it providing the definitive benchmark in recognising the correlation between creativity and effectiveness in MENA.”

The Creative Effectiveness category will recognise creative work that has produced a measurable and proven impact on a client’s business. Only work that has been either shortlisted or awarded at Dubai Lynx in the last three years is eligible to be entered and judged.

Eight jury presidents will preside over juries in Dubai this year. Terry Savage, Chairman, Dubai Lynx, commented that it was an “unbeatable collection of global talent, whose expertise and skills would result in considered and quality judging.”

The 2016 jury presidents have been announced as:

Film, Print, Outdoor, Radio, Print Craft, Integrated Jury President Susan Credle, Incoming Global Chief Creative Officer, FCB, Global, said, “I’m honoured to chair the tenth anniversary of Dubai Lynx. In the last decade, we have seen a century’s worth of change. Disruption on that scale makes us realise we need to diversify not just how we think, but who is involved in the conversation, because brilliant ideas transcend our individuality. What an amazing time globally to come together and talk about the power of creativity.”

Direct, Promo and Activation, Interactive and Mobile Jury President PJ Pereira, Chief Creative Officer, Pereira & O’Dell, USA, said, “I remember being very impressed with the work I saw when I spoke at Dubai Lynx, about 10 years ago. Since then, I've been hit multiple times by many powerful, inspiring ideas coming from the region that made the entire world jealous. I'm excited that now it's my turn to go back there and help hand pick the local work that deserves to be seen by the rest of the world. Expectations are high, but I am sure it will be a delightful experience.”

Media Jury President, Nick Emery, Global CEO, Mindshare Worldwide, Global, said,“As the MENA region grows in importance on the world stage its media community is leading the way. I’m delighted to chair the judging in what I’m sure will be an example to us all around the world.”

Design Jury President Fred Gelli, CEO, Tátil Design, Brazil, said, “For me, it is a great honour to join the team Lynx, leading the design jury! I am very curious to know Dubai and make contact with design projects that have the spirit of the Middle East and Africa. At the same time, with all my travels, I feel that despite cultural differences, good design, in some way, is universal.”

Film Craft Jury President Laura Gregory, Founder, CEO, Great Guns, said, “After attending this year’s Dubai Lynx as a speaker, I was bowled over by the attendees’ diverse talents and collective energy. The winning work stood alongside the best in the world; Dubai Lynx is quickly earning a place among the globe's leading festivals as an important marker of creativity. I am delighted to return to this vibrant movement in 2016 as President of the Film Craft Jury. In the end it’s all about brilliant ideas with outstanding execution, and I know we will see more great work from the region.”

Branded Content and Entertainment Jury President ,Anathea Ruys, Head of Fuse, APAC, Omnicom Media Group, APAC, said, “Branded content and entertainment is a space that's both exciting and challenging for agencies and marketers alike. The only group that don't grapple with the complexities of what constitutes branded content and entertainment are consumers - they simply respond to work that moves, entertains, challenges or engages them. Having the chance to spend a few days working with peers examining and exploring the best work this region has created is one of the real privileges of working in this industry.”

PR Jury President Pascal Beucler, Senior Vice President and Chief Strategy Officer, Global, MSLGROUP , said, “The Middle East and North Africa (MENA) region has shown an amazing vitality in the past ten years, offering a bright, creative and fresh perspective on our fast-changing industry. I am thrilled to have been appointed as the president for the PR Jury, particularly the year the Dubai Lynx turns 10! Also, the focus on African creativity, with its rich cultural heritage and diversity, will help us identify the challenges and opportunities of this emerging giant.”

Creative Effectiveness Jury President Hephzibah Pathak, Global Brand Director, Ogilvy & Mather, India, said, “I look forward to seeing some of the best and exciting work from this region. This is a great opportunity to celebrate & acknowledge brilliant ideas and creative thinking that has had a powerful impact on brands and business. As Jury President it's a privilege to be a part of this process. I hope to come away with some new perspectives after interacting with all the brilliant minds in advertising and marketing.”

Entries into Dubai Lynx will be accepted from November 25, 2015 until February 4, 2016. Work will be judged by an esteemed group of 56 global industry leaders who will meet in Dubai during the Festival. Dubai Lynx takes place from 6-9 March 2016.