This is in addition to his current remit. George has been with the Lowe network for 24 years. He took over as head of the Unilever business in 2006. He became in CEO in January 2011 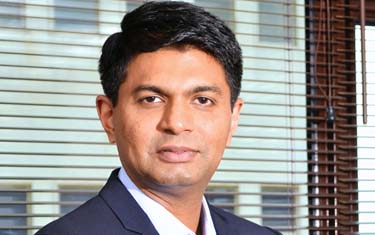 This is in addition to his current remit. George has been with the Lowe network for 24 years. He took over as head of the Unilever business in 2006. He became in CEO in January 2011

Lowe veteran Joseph (Joe) George, currently Group CEO of the Mullen Lowe Lintas Group in India, has been given responsibilities of South & Southeast Asia in addition to his current remit. The appointment is effective immediately, and he will report to Alex Leikikh, Global CEO, Mullen Lowe Group.

George has been with the Lowe network for 24 years, joining Lintas Mumbai in 1991 and spending the next 15 years between the Mumbai and Bangalore offices. He took over as head of the Unilever business in 2006, and successfully led the growth of that business and a few specialist marketing services divisions until his appointment as Deputy CEO in June 2010, and subsequently as CEO in January 2011.

During his tenure as Group CEO in India, George has led the agency to huge success within India, across the APAC region and on a global stage. On marketing effectiveness, Mullen Lowe Lintas Group has won over 50 major awards in the last year alone, including being ranked the Most Effective Agency in India and APAC according to the Effie Effectiveness Index 2015, named APAC Agency of the Year at AMES and Tambuli Awards, and winning India’s only Creative Effectiveness Grand Prix at Spikes Asia.

The agency is also credited with many firsts for India including, number one Creative Agency in the World and Most Effective Campaign by WARC 100, consecutive double-wins at 4A’s Jay Chiat Awards and runner up for AdAge International Agency of the Year 2015. The agency prides itself on the best body of creative work in the country, developed consistently on a portfolio of over 200 brands, while being the country’s best performer on new business wins. This momentum has been created under Joe’s leadership while delivering three consecutive years of high double-digit profit growth.

George said about the India agency’s success, “We refocused our creative product to make it the centre of everything we do. We got a lot more strategic and aggressive in our new business pursuit and we were relentless in our obsession with delivering disproportionate ROI to our clients. These three pillars have been the key to our success both financially as well as in attracting and retaining the best clients and talent available in the industry.”

Alex Leikikh, Global CEO, Mullen Lowe Group, commented, “Joe is exactly the leader we need as part of our hugely dynamic Asia operation – he is a seasoned professional with a proven track record of growth. A key component of his role will focus on tapping into the resources of the robust India operation that he has built up in order to develop our hyperbundled offering across the Southeast Asia markets.”

George added, “I’m absolutely thrilled by the challenge of taking on an additional leadership role within the APAC region for the Mullen Lowe Group. Having worked within the network for over two decades, I clearly love the spirit: distinctive, entrepreneurial, collaborative and creative.”