Speaking to Best Media Info in an email interview, Anderson says: “The question always comes up – can stardom in one country translate into international appeal? – and certainly the terrific success of ABC’s new hit show “Quantico” starring Priyanka Chopra answers that in the affirmative!” 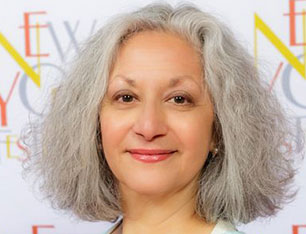 Speaking to Best Media Info in an email interview, Anderson says: “The question always comes up – can stardom in one country translate into international appeal? – and certainly the terrific success of ABC’s new hit show “Quantico” starring Priyanka Chopra answers that in the affirmative!”

New York Festivals International Television & Film Awards Advisory Board and Grand Jury panel includes distinguished award-winning directors, writers, actors and various other creative media professions from around the world to select the World’s Best TV & Films. This year’s jury has a number of prominent Indian executives. What sort of executive and creative mix do you look for when recruiting Advisory Board and Grand Jury members? How did you determine who to invite and who’s slated to judge from India this year?

Our Advisory Board and Grand Jury panel is made up of 200 directors, producers, journalists, writers, actors, creative directors, art directors, filmmakers, composers and programming executives who are all award winners themselves. We are still in the process of setting the jury and to date 29 countries are represented. That mix of perspectives is one of the strengths of this jury process.

The Grand Jury members from India include Ashish SK, Sathish Narayanan, JV Varaprasad, Anand Pandey and Vijay Raibole who together possess a wealth of experience and knowledge of all areas of animation and post-production.

We look for wide experience and demonstrated achievement in our jury members as a way of quantifying fairness in the selection process. Having worked themselves in a creative capacity on award winning programmes, our jury members know how to accurately assess levels of excellence in quality submissions from around the world.

They comment over again that they are impressed with the quality and diversity of the programmes, presentations, and promos they view. They love the opportunity to see new talent. Content creators are by nature seekers of new ideas, always interested in the “how did they do that?” aspect – and our jury members are no exception.

In 2013, Kamal Haasan, the legendary film actor, screenwriter, director, producer was honoured at the 2013 New York Festivals TV & Film Awards ceremony with a special NAB Award. Will you share how NYF was involved with this honouring Dr Haasan with this award?

This was a very special moment! You see, NAB Show has been our official partner since 2010 and we hold our awards gala in Las Vegas as part of that global-reaching event – which is the world’s largest annual international media and entertainment event. So, when NAB Show, along with FICCI Frames of Mumbai, wanted to honour 100 years of Indian cinema, they felt that the perfect venue would be the lead-off award at the New York Festivals Gala.

As part of the evening, I conducted a sit-down interview with Dr Haasan which was streamed on our website and watched worldwide. He was so generous in sharing his thoughts about not only his experiences of growing up within the industry – he started acting when he was only three – but also his thoughts on why the cinematic tradition in India has been so robust and what is needed to take it into the next century, taking advantage of digital technology that brings new methods of storytelling.

What types of entries would you like to see from India? Are there any categories in particular that would best serve India’s television and film industry?

I’d love to have more dramas – either TV series or films – so that this vibrant genre could get more international recognition. And, we have performance categories for Best Actor and Actress for today’s stars. The question always comes up – can stardom in one country translate into international appeal? – and certainly the terrific success of ABC’s new hit show “Quantico” starring Priyanka Chopra answers that in the affirmative!

What is the spectrum of entries that you receive from India and have you noticed any trends amongst the award winners? Which categories are standouts?

Over the years, we have received outstanding submissions for promos like “Animal Planet Celebrating Wildlife of India” from Discovery Networks and “Specials @10” from Sony Entertainment as well as documentaries like “The Women of Tahir Square” from NDTV and medal-winning entries from young filmmakers just starting out in their careers.

Since 1990, NYF has partnered with the UN on this very special honour. Finalists whose programmes have themes of importance to the UN – we use the UN’s Millennial Goals as a guideline – are evaluated by a panel of experts convened at the UN. Only three each year are selected – a Gold, Silver, and Bronze award – and more importantly, the programmes that are recognized go to the heart of what the work of the UN is all about – improving people’s lives.

As Executive Director you fine-tune the competition by updating and adding categories annually to showcase exceptional innovative programs being created today on all continents. What‘s new for this year?

The TV and film industries are specially attuned to innovation and that means new formats for storytelling that engages viewers. Here at NYF, we want to continue to be responsive to global creative trends and make sure that the outliers and risk-takers are being recognized and we do that by keeping fresh ideas in the forefront of NYF’s dashboard.

Each year, we update some categories and create new ones – it is an organic ecosystem.

This type of programming has long has its own place at the NYF awards table – and the amount of creativity that goes into every aspect of these spots is monumental. To get the attention of today’s easily-distracted audiences, experienced producers, designers, and copywriters pull out all the stops including all the newest bells and whistles that digital enhancing technology can provide. Storytelling delivers the message, no matter what the platform is.

In the past few years, in response to global marketing trends, we have added promo categories for Animated Programmes, Licensing/Branding, Children’s Programmes, Green Initiatives, and Interactive Promos.

How has your experience as an Emmy-Award winning producer influenced the way you guide the New York Festivals International Television & Film Awards competition?

That’s a really good question. And it even has a bearing on how we process our entry submissions. Before our online jury scores entries, I screen each entry. That level of care is a direct result of my experience in production with its strict rules of on-air quality control. So, since your entry didn’t air out of synch, our jury won’t see it out of synch.

I’ve been lucky enough to work on some award-winning, high-profile productions over the years including five Olympics, The Three Tenors, The Miss America Pageant, and 9/11 commemorative coverage. When there is a lot on the line, you learn that there is no substitute for discipline, preparation, teamwork and focus.  I have enormous respect for the men and women who have that capacity for detailed attention – who can be in the moment and look ahead at what’s next.

Do you have any advice for the next generation of storytellers? Any success strategies from your personal playbook?

There is no formula for making a great piece of television or film programming – if there were, it would be easy! Every great programme has a level of engagement and a resonance with the viewer that was painstakingly created in the field, on the set, in the edit bay, in the mobile unit, in the sound mix, at the computer, and was a function of passion, dedication, total commitment and talent. You can learn from everything – when things go right or when they don’t. Just pay attention and follow through to go the extra mile in search of perfection.

#BMIPoll Is it really difficult to win consumers' trust for Maggi?