CNN-IBN and IBN7 had called the elections and declared that Nitish Kumar was set to retain power at 10:03 AM on November 8, the Bihar counting day 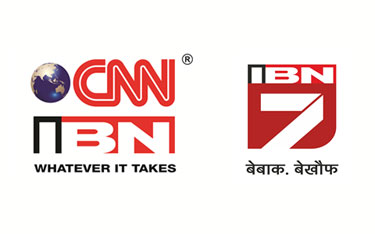 CNN-IBN and IBN7 had called the elections and declared that Nitish Kumar was set to retain power at 10:03 AM on November 8, the Bihar counting day

Two of India’s general news channels CNN-IBN and IBN7 concluded that the Nitish Kumar and Lalu Prasad Yadav led Grand Alliance was set to form the government in Bihar, an hour before other TV channels. CNN-IBN and IBN7 had called the elections and declared that Nitish Kumar was set to retain power at 10:03 AM on November 8, the Bihar counting day.

Since morning, both CNN-IBN and IBN7 were ahead of other channels in reporting the most accurate figures. By 9:30 AM, while all channels were predicting a BJP win, CNN-IBN and IBN7 had already aired that the Grand Alliance was likely to win the elections. Network18’s extensive network of reporters who were present at every counting station all over Bihar tracked the trends and reported the same to the News Centre.

Commenting on the achievement, Avinash Kaul, CEO, IBN Network, said, “At Network18, we strive to give our viewers information they can absolutely rely on. This is yet another example of how we, as a news network have the right mix of reporters, anchors and experts, who have the acumen to understand the pulse of politics, analyze the ground reality and bring forth the most accurate news, faster than anyone else.”

Many eminent politicians and analysts such as Ravi Shankar Prasad, Ramachandra Guha,  Arvind Kejriwal,  Shashi Tharoor,  K C Tyagi, Sudhanshu Mittal and Randeep Surjewala lauded the channels for this feat. Former Union Minister P Chidambaram, commented, “I must congratulate CNN-IBN for getting the results first and they got it just around 10 AM.” Even former Chief Minister of Bihar Rabri Devi congratulated the channels for declaring the result an hour before the others.