The promo for the popular, award-winning show features children to create a fresh appeal 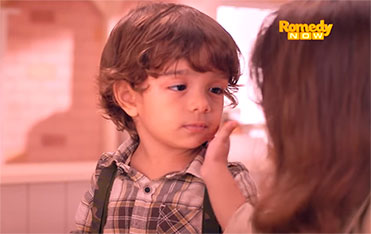 The promo for the popular, award-winning show features children to create a fresh appeal

The popular American sitcom, ‘How I Met Your Mother’ will launch on Romedy Now, starting December 14 at 8:30 PM.

Commenting on the launch of ‘HIMYM’, Sonal Khanduja, VP, Programming, EEC, said, “The show is immensely popular with a great repeat value in India and we are confident that the show will strengthen our viewership further. Romedy NOW is promoting the show with an adorable promo to generate buzz around the property.”

Romedy Now has created a unique promo that offers freshness to the property. Since ‘How I Met You Mother’ is a story based on a flashback, Romedy Now portrays the love and laughter in the show through the baby characters as a metaphor.

In this adorable promo, five kids are seen dressed like the original characters from the show. The promo starts with the kid Ted who gets smitten when he sees kid Robin who he feels is the cutest girl he’s ever seen. And all the while his wily friends are seen playing pranks. Now imagine this being played out among grown-ups!

The idea behind using kids in the promo is to make the property more affable and endearing. It also makes for great conversation especially when parents want to share their cute memories and moments with their babies!

In the show, Ted Mosby, in 2030, narrates a story to his teenage children on how he met their mother. The show focuses on Ted’s friendship with Barney, Marshall and Lily; his love for Robin; his journey of finding the girl of his dreams and much more.