TRAI issues order for amendment of a la carte pricing 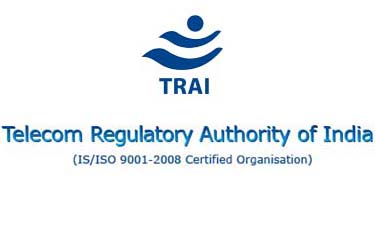 TRAI issues order for amendment of a la carte pricing

The Telecom Regulatory Authority of India (TRAI) has released the draft Telecommunication (Broadcasting and Cable) Services (fourth) (Addressable Systems) Tariff (Amendment) order, 2015. The order was issued on September 20, 2015, wherein ‘twin conditions’ were prescribed at retail level pricing of TV broadcasting services in order to link the a la carte rates of channels to bouquets.

As per the order, if a multi-system operator (MSO) or direct-to-home (DTH) operator or Internet protocol service provider or HITS operator providing broadcasting services or cable service to its subscribers, using a digital addressable system, offers pay channels and FTA channels as part of a bouquet, then the a la carte rate of such pay channels shall be subject to the following conditions, namely:

It was contended that the use of a flat average value restricted the flexibility of a platform operator to fix the a la carte rates of channels based on its business model and the channel costs. The DTH Operators Association submitted that under this dispensation, the ceiling derived from the flat average rate of a pay channel in the bouquet at times might work out to be considerably low due to the large size of the bouquet and presence of a large number of FTA channels in the bouquet. This, according to the Association, placed abnormally low ceilings for a la carte rate of certain pay channels.

In order to address this issue, TRAI, in the Tariff (Amendment) Order dated September 20, 2013, introduced new ‘Twin Conditions’, wherein the ceiling for the a la carte rate of pay channel was linked to the ‘ascribed’ value of a channel instead of the earlier prescribed flat average value of the channel in the bouquet.

Some operators have raised concerns about the implications of ‘Twin Condition’ prescribed in the Tariff (Second Amendment) Order dated September 20, 2013, and filed an appeal before TDSAT. However, TDSAT disposed off the appeal vide its order dated July 13, 2015, stating that the authority will consider the concerns of the appellants and take a final call decision on the matter within four months from the date of order.

All stakeholders have been asked to offer their comments latest by October 14, 2015. Counter comments, if any, have to be submitted by October 21, 2015.