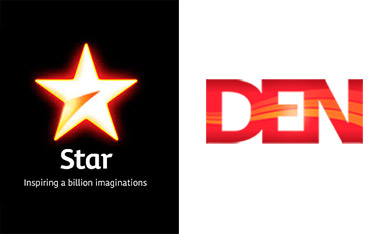 The Telecom Disputes Settlement and Appellate Tribunal (TDSAT) at a hearing on September 28, 2015 in the case pertaining to the payment of outstanding dues by Den Networks to Star India, directed the Multi-System Operator (MSO) to clear these dues.

As is known, Den and Star have been involved in a bitter dispute over payment of outstanding dues.

Meet Malhotra, Senior Advocate, appearing for Den Networks, contested the amounts of the two invoices. He presented a number of documents on record and submitted that the invoiced amounts included the increase of 27.5 per cent provided under the TRAI Tariff Order, which was quashed by the Tribunal by judgment and order dated April 28, 2015. The contention was that since a part of the invoiced amounts was based on increases not sanctioned by law, Den Networks was not liable to make payment of the invoices until reconciliation of accounts underway between the two sides, as directed by the Tribunal’s order, was complete.

After hearing counsel for both the parties, TDSAT was, prima facie, unable to accept Malhotra’s contention. It stated, “It appears to us that the invoiced amount of Rs 42,628,464 for the non-DAS areas is in accordance with the agreement executed between the parties. We, however, make it clear that this observation is not final and is subject to the finding arrived at the end of the trial of the matter. For the purpose of this interim order, however, we hold that petitioner is liable to pay the aforesaid amount for non-DAS areas as monthly licence fee for the month of September 2015.”

TDSAT further stated, “In terms of the agreement, the licence fee for every month must be paid at the end of the month. Hence, the petitioner is liable to make payment of the invoices for the non-DAS areas by September 30, 2015.”

Regarding the invoice for the DAS areas for the months of June and July 2015, Rajsekher Rao, counsel for Star India, submitted that the invoicing was running behind time due to the petitioner’s default in furnishing the SMS (Subscription Management Software) reports. According to Rao, SMS reports for the months of June and July 2015 were given to the respondent only in September 2015, whereupon the invoices were raised for those two months.

Den Networks was also directed to give SMS reports to Star India for each month as stipulated in the DAS agreement. Legal counsel for Den Networks, Meet Malhotra assured that the SMS reports for August and September 2015 would be given to the respondent as required under the agreement.

At this stage, Malhotra also said that apart from Rs 15 crore, as directed by the previous order, the petitioner had made some more payments to the respondent.  The petitioner has given the details of payments, including cheque numbers, etc., to the counsel for the parties.

Star India will verify the payments as claimed to have been made by Den Networks and those payments will be adjusted against the payment for the invoices in question.