Targetted at the Maharashtra market, Tata Tea Gold Mixture’s latest TVC conceptualised by Lowe Lintas is a continuation of the Jaago Re ideology 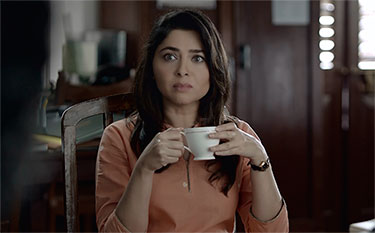 Targetted at the Maharashtra market, Tata Tea Gold Mixture’s latest TVC conceptualised by Lowe Lintas is a continuation of the Jaago Re ideology

Having announced the launch of its brand Tata Tea Gold Mixture (TTG) in Maharashtra, Tata Tea has unveiled a new brand campaign that delves on the core attributes of the new product. With Maharashtra shaping itself up as one of the core markets for Tata Tea Gold Mixture, the campaign has been launched exclusively in Marathi so as to appeal to the sentiments of the local populace.

Throwing light on the launch of the new product and also the campaign insight, Rishi Chadha, Head - Marketing, Tata Global Beverages, said, “At Tata Tea, we always strive to make quality products that resonate with a diverse set of Indian consumers. Maharashtra is the second largest tea market in India and is currently fragmented and dominated by local players. We have designed this new brand that has been crafted keeping in mind local flavours and tastes of tea lovers in the state. We are confident that the blend of high quality Assam tea will deliver the ‘Ek Chai Teen Kamaal’ (one tea, three wonders) experience.”

He further said, “The launch of the product is also accompanied by a new Marathi TVC created especially for the local audience. As a continuation of the Jaago Re ideology, the latest Tata Tea Gold Mixture advertisement hits out at the traditional mindset, which often discourages women looking to ‘do more than what’s typically expected from them’. The new commercial mirrors the confident Maharashtrian women of today, who are ready to break the stereotype, ready to take extra responsibilities and pitch themselves equal to their male counterparts.”

Unlike the rest of the country, Maharashtra is a unique and atypical tea market where the premium segment is the largest. It is also a highly complex market because it’s primarily a premium dust tea market and is dominated by 1-2 key players who have a stronghold within their respective districts. In addition, there is a practice of the locals mixing their teas, which reflects a need to enhance the tea drinking experience. With the Tata Tea Gold Mixture launch, the company is looking to make a dent and gain prominent market share.

Commenting on the creative thought behind the campaign, Amer Jaleel, Chairman | CCO, Mullen Lintas (formerly NCD, Lowe Lintas), said, “We tasted a challenge in Maharashtra. A market dominated by local competition needed a really strong answer in the form the vintage Jaago Re platform. Our Marathi script conceptualised for the region is a strident? call not to underestimate what a woman can achieve, while seamlessly integrating the new brand message of the 3-in-1 qualities of the new mixture.”

Sagar Kapoor, ECD, Lowe Lintas, added here, “The film uses the metaphor of a tea that beautifully delivers on three attributes to address the issue of women empowerment. It delves on the fact that a woman is quite capable of multitasking and delivering on more than one aspect of life. We have dealt with the issue with a subtext of inequality with a relatively junior employee and not just gender bias as seen in an obvious or overstated manner.”

To build an instant connect with Maharashtrians, the campaign has roped in three noted celebrities from Marathi cinema – Uday Tikikar, Sonalee Kulkarni and Hrishikesh Joshi, who essay a crucial role in propagating Jaago Re’s central brand promise. The film would be aired on prominent Marathi channels and would tap into other traditional such as outdoor, radio and digital media to reach out to the local populace.