Produced by BBC Worldwide, the show will air at 8.00 pm every Sunday and marks the return of Amitabh Bachchan to Star Plus after 15 years 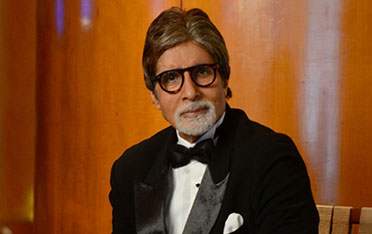 Produced by BBC Worldwide, the show will air at 8.00 pm every Sunday and marks the return of Amitabh Bachchan to Star Plus after 15 years

Star Plus is all geared to premiere ‘Aaj Ki Raat Hai Zindagi’ on October 18, 2015 at 8.00 pm, with Amitabh Bachchan as the show’s host. As reported earlier, the show marks Bachchan’s return to Star Plus after 15 years.

‘Aaj Ki Raat Hai Zindagi’ is the Indian adaption of popular British show ‘Tonight’s The Night’, hosted by John Barrowman and produced by the BBC. The weekly show will be produced by BBC Worldwide in India.

Speaking on the new show, Myleeta Aga, Senior VP and General Manager, India and Content Head - Asia, BBC Worldwide Productions, said, “Through the series, ‘Aaj Ki Raat Hai Zindagi’, we will bring to our audience the stories of extraordinary people from across the country, packaged together with entertainment and heart.”

The international format is based on featuring ordinary people living out their fantasies for real. There are no rules as to who can appear on the show, it features ordinary members of the public nominated by friends who think they have a hidden talent or other special reason.

While the core element (ordinary citizens) has been retained, Star Plus will tweak the format a bit to cater to Indian sensibilities. The latest promo of the show has gone on air.

Bachchan has also started writing about beginning shooting for this show and how he will also be involved in composing the music for the show on a micro-blogging site.

Star Plus has roped in Maruti Suzuki as the title sponsor, while the show will be co-powered by Cadbury India.

The 8.00 pm time slot enables ‘Aaj Ki Raat Hai Zindagi’ to avoid directly competing with ‘Bigg Boss Nau’, which went on air on October 11 at 9.00 pm and Zee TV’s reality show ‘I Can Do That’.