Standard Electricals gets a burst of youthful energy

Conceptualised by Mullen Lintas, the three TVCs seek to position the company as one that is built for the young and energetic 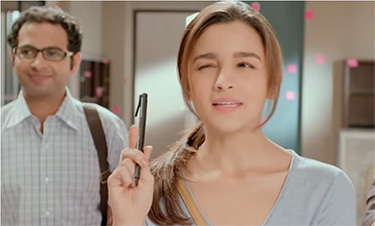 Standard Electricals gets a burst of youthful energy

Conceptualised by Mullen Lintas, the three TVCs seek to position the company as one that is built for the young and energetic

Over the years, Standard Electricals has established itself on the trust factor. However, to keep pace with the modern times, Standard wanted to position itself as a company that’s built for the young and energetic. To carry forward this imagery, the company has positioned itself as ‘Built for Young Energy’. Alia Bhatt has been roped in to be the face of the brand.

Breaking the norms that electrical goods are primarily a male-dominated space, the three TVCs developed by Mullen Lintas show Alia setting up her new home in the first film and consecutively in the other films she’s all settled in with the help of products by Standard.

In the first TVC, we see that Alia has bought a new house and is having a look at it with her interior designer and a contractor. She plans for her home, placing Post-Its everywhere in the house indicating different electrical appliances like TV, hair dryer, lamp, etc. In the second TVC, she has shifted to her new home and throws a house warming party for all her friends and she plays around with Standard switches for a disco effect. Directed by Gauri Shinde from Offroad Films, the film showcases her attention to the different stories, all leading to one main story of built for young energy.

“The three stories that we have done are about a young, successful girl who is moving into an apartment, setting it up and has a house warming party. In due course of time, she is discovering new ways to use these products in her life. These films showcase the seamless integration of the Standard products in Alia’s life,” said Shriram Iyer, National Creative Director, Mullen Lintas.

Anil Rai Gupta, Chairman & Managing Director, Havells India, added here, “Alia truly represents the ‘Young Energy of India’, which will be the new positioning for the brand. We firmly believe in fulfilling the aspirations of modern day consumers who are confident, independent and do not want to settle for less. She aptly represents our brand’s ideology of style with substance and is a perfect blend of everything that the brand stands for.”

The TVC is being aired on general entertainment channels and during the ongoing India-South Africa series. The TVCs have been released in Hindi, Gujarati and six other regional languages. The brief was to build on the fact that Standard products are made for young energy as all its features delivers that extra that is required.