Anand will focus on emerging markets and emerging consumer class across rural and urban markets. The agency is in the process of building a 50-member team for Milestone Outland by December 2015 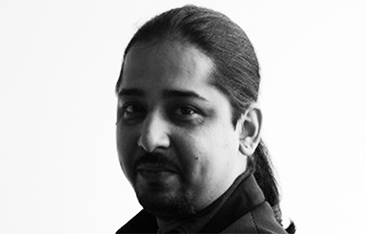 Anand will focus on emerging markets and emerging consumer class across rural and urban markets. The agency is in the process of building a 50-member team for Milestone Outland by December 2015

Prior to this, Anand was with Geometry Global, Ogilvy’s activation network that was earlier known as OgilvyAction. He spent 10 years with the agency as Business Head – North and Vice-President, leading experiential practices that included rural, urban, social and shopper marketing.

As part of his new mandate, Anand will be responsible for driving strategic offerings at Milestone Outland through freshly-created tools that can help clients take investment decisions with measurable results. Based out of Delhi, he will report directly to Nabendu Bhattacharyya, CEO, Milestone Brandcom.

Commenting on Anand’s appointment, Bhattacharyya said, “Ujjwal’s rich experience and impeccable track record make him an ideal choice to drive integrated experiential solutions at Milestone Brandcom. He will address specific brand problems. His energy is well-aligned with the agency’s vision and philosophy.”

“We are in an investment mode and will build a 50-member team for Milestone Outland by December 2015,” he added.

In addition to the existing 15 members, Milestone Brandcom has now made 15 fresh recruitments for its experiential division, who are spread across various capabilities such as creative, account management, account planning, insight, content and operations. Together, they are working on over a dozen national brands, including Binani Cement, Tata Sky, Colors, &TV, Axis Bank, ABP News, ABP Majha, Zee Anmol, Bajaj Platina, Telenor, Petronas and Tata Docomo, to name a few.

On joining Milestone Outland, Anand said, “Experiential advertising is the fastest growing segment of the industry today; and its cutting edge lies in digital experiential. Technology, clubbed with creative idea, is the key to finding great solutions for any brand. I feel Milestone has created a benchmark in the industry. With innovations such as Milestone Optimizer and Milestone Tracker, the agency has created tools that will make every penny accountable.”

Anand began his career with Advent, the events and activation arm of Lowe Lintas. Subsequently, he joined Linterland, the rural marketing arm of Lowe Lintas in Kolkata. After a two-year stint, he moved to OgilvyAction to handle its rural business in Delhi. In five years, he was promoted as Vice-President to head all the service offerings of OgilvyAction – Rural, Shopper, Experiential, Trade, Promotional and Social in the North. He went on to spend a decade at Ogilvy, where he gathered rich experience in almost all industry categories – FMCG, automobile, consumer durables, agri and telecom brands.