Venkateish will continue to be associated with the company in an advisory role, specifically in areas relating to content, legal and regulatory affairs 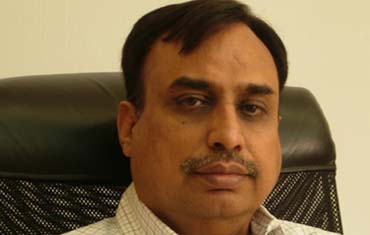 Venkateish will continue to be associated with the company in an advisory role, specifically in areas relating to content, legal and regulatory affairs

Dish TV today announced that post a successful stint of over five years, R.C. Venkateish, will step down as the CEO with effective from October 31, 2015.

The Board of Directors of Dish TV has nominated MD Jawahar Lal Goel as Chairman of Dish TV. The development follows Subhash Chandra’s decision to step down as Non-Executive Promoter Director of the Company with effect from October 27, 2015, which the Board has accepted.

Meanwhile, RC Venkateish has put in his papers as CEO of Dish TV after a stint of five years. October 31, 2015 will be his last day with the organisation. Venkateish will, however, continue to be associated with the company in an advisory role, specifically in areas relating to content, legal and regulatory affairs. He shall also continue to represent Dish TV in the DTH association and before industry and regulatory bodies.

Under his leadership, among other achievements, Dish TV more than doubled its revenues, increased market share and launched various new services, including a sub brand – ‘Zing’ – for the regional market as well as turned profitable.

Goel said, “On behalf of the Board of Directors and the entire company, I want to thank Venkateish for his outstanding work and leadership in continuing the growth and success story at Dish TV. His term as Chief Executive was marked by outstanding business performance and exemplary leadership in the challenging environment that the DTH sector operates in. Venkateish led the company with strength, resolve and passion. Dish TV shall benefit with his continued association with it in an advisory role.”

Venkateish added here, “I have enjoyed every moment of my stint at Dish TV and it was a great experience to lead the company for over five years through a highly complex business environment and to build it to its current position as a strong profitable leader in the DTH space in India. I look forward to seeing the company continue to build on its successful track record of executing on its plans, innovating and expanding the business and remain very confident about its future prospects. I shall continue my association with Dish TV for specific projects.”