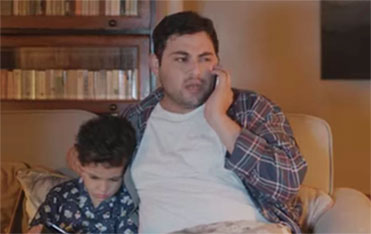 This August, Vodafone India launched its biggest nationwide consumer promotion, offering value benefits to both its voice and data customers. While the data product offered ‘Double Data’ on a pack upgrade, the voice product offers ‘Double Validity’ on purchase of a rate cutter pack for local/ STD calls.

The Vodafone Doubles 360 campaign went live on August 8, 2015 with an objective to create a value proposition in the prepaid segment. The first TVC, ‘Vodafone Smitten’, helped to create rapid awareness for the ‘Double Data’ offering. The second commercial, ‘Vodafone Jokester’, went on air on August 27, 2015 and aims to deliver conversions for the ‘Double Validity’ proposition.

Brief to the agency

The brief to Ogilvy was to bring alive the key proposition of ‘Vodafone Doubles’ offer. The key consideration for the campaign was to ensure quick connect with the TG through simple stories and rapid awareness to drive for the offer performance.

The communication is based on the insight that users often ‘shackle’ their data usage due to the worry of ‘running out of allowance’. The creative idea of the communication is thus around more allowance being equal to more fun, and the TVC brings this alive through a simple story of individuals experiencing the unrestricted joys of unshackled data usage.

This monsoon Vodafone has doubled the data allowance and the validity on rate cutter packs. The proposition of Double Data and Double Validity is brought alive in the two TVCs. An interesting customer interview format is chosen, which begin with pitching the proposition as a question. The respondent then begins to imagine all that he/she can do (and much more) if this dream offer came to reality.

The Vodafone Doubles propositions are brought alive through slice of life stories to ensure easy message delivery. The TVCs are supported by a 360-degree campaign, which is designed to bring alive the Vodafone Doubles offers. As the core TG of each of these may reside in different markets and access different media, TV, OOH, digital, and on-ground have been chosen to target specific offers across varied geographies.

Avneesh Khosla, Executive Vice-President - Products & Services – Marketing, Vodafone India, remarked, “Mobile telecom services in India are still largely voice dominated with over 70 per cent of the market revenues contributed by voice plans. Double Validity is one more customer-centric initiative from Vodafone, conceptualised with the objective of ensuring that our customers get control on how they utilise their plan and get full value for money. It is a refreshing new offering that blends affordability with customer empowerment.”

Kiran Antony, Group Creative Director, Ogilvy and Mather, said, “The idea was to share a joyous story about a user who gets so much data that it can be used without rationally keeping tab on it. A love-struck young girl was the perfect fit, as to her it would mean being able to be with her boyfriend at all times.”