Romedy Now is looking for share of the heart: Vivek Srivastava, Times Network 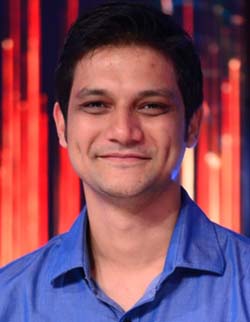 Romedy Now is looking for share of the heart: Vivek Srivastava, Times Network

As part of its second anniversary celebrations, the channel premiered Pierce Brosnan and Emma Thompson starrer ‘The Love Punch’ yesterday at 9.00 pm.

The channel is also running a contest, ‘Happy 2gether’, wherein it is rewarding its viewers with various gifts. Apart from this, Romedy Now is running a #ThankYou TV and online campaign to show its appreciation to its viewers.

Launched with great fanfare, Romedy Now managed to create an impression in the initial phase, however, two years on it faces new challenges to keep up with the genre toppers.

Speaking to BestMediaInfo.com about the channel’s growth, Vivek Srivastava, Senior VP & Head - English Entertainment Cluster, Times Network, said, “Our BARC numbers have increased as we have about 58 per cent share of the market. More importantly, what we talk about consistently is that Romedy Now doesn’t command share of mind, but it really looks for share of heart. That is the strength of our brand and we’ll strive to take care of the heart. Besides, 18 of the top 25 shows are from our stable. Shows like ‘Friends’ have had the highest ratings on Romedy Now. The ‘Chef’ premiere was among the top 5 rated programmes in the English GEC space. We feel that we’re in a happy space and that is what the channel stands for.”

When pointed out that it is Zee Café that has been leading the genre with Star World, AXN, and Comedy Central often fighting for the second and third spots, Srivastava maintained, “We have two hours of original programming – 7-9 pm, where we air various series; and then in the 9-11 pm slot we air movies. Recently, we added an extra hour with Ellen DeGeneres. So, from a content stand point, we are a hybrid channel. It is closest to English entertainment because that is the space that we are occupying. More importantly, the mood of the channel is different and it determines the content that we are buying.”

He further said, “BARC ratings show us having 58 per cent share in the English entertainment space. Even if you remove all the movies, we still have a significant leadership over everybody else. We are No. 1 in the series part. The other significant point is that if you look at the top 25 shows in the English entertainment space, 18 of those are on our network, that’s the power of the content that we have.”

Romedy Now was launched in September 2013 with former CEO, English Entertainment, Ajay Trigunayat, at the helm. Srivastava joined the team in 2014. When asked about his journey so far with the channel, he replied, “Our predecessors gave us a brilliant platform. The only change that I would have made was the fact that we were not defensive about English entertainment and English shows in prime time. The significant strategy is to create habits at particular time slots to keep viewers hooked to the shows.”

Further elaborating on this, he said that habits could be of two types in viewership – one could either be loyal to a day part (non-prime time) or be loyal to a programme. “In English entertainment specifically, programme loyalty is not so much as is day part loyalty. So, we thought that if the day part loyalty is intact, then why not go ahead and build one or two day parts that will start delivering numbers for us. It started off with 7-9 pm as the series band. The first month didn’t see much ratings, but we picked up from the second month. Now, we’ve added the 6 pm slot too. We’ll have to wait and see how the ratings fare,” he added.

Romedy Now, which started off primarily as a movie channel, now has airs more series. Speaking on the shift, Srivastava said, “There are two aspects to Romedy Now, one is that because we talk about rom-coms, you cannot repeat the movies X number of times. Compared to this, an action movie can be repeated as they seldom lose the visual appeal. In a rom-com, you have to feel for the character. For instance, if I’m watching a movie like ‘Notting Hill’, I may feel bad for the central character once, twice or even thrice, but after that I might stop feeling the same emotion that I had felt the first time. Therefore, a rest period in a rom-com is much higher compared to the regular movies and, therefore, you have to sustain viewer interest with the shows.”

Colors Infinity’s launch has caused a disruption in the English entertainment space, especially after the launch of the indigenously produced musical reality show, ‘The Stage’. When asked whether Romedy Now was also looking at home-grown content, Srivastava replied, “We are putting some original content, but it should be in sync with our programming philosophy.”

Meanwhile, Romedy Now is gearing up to launch series such as ‘Hot in Cleveland’ (September), ‘Addicted to Love’ (October), and ‘How I met your mother’ (November).

The channel will also be airing movies likes like ‘This is 40’, The Croods’, ‘Imogine – Girls Most Likely’ and ‘What If’.

To tap the upcoming festive fervour, the channel will also have Dussehra special ‘Heart Rules’ and Diwali special ‘Diwali Delights’.

When asked about whether Romedy Now had shacked itself by merely catering to the rom-com genre, Srivastava pointed out, “Till about 3-4 years back, English was mainstream but still in the niche space. So, what it meant was that you could create one platform and put all the content that you had on that platform. If you like crime series come and watch it at 9.00 pm, if you like comedy then be there at 8.00 pm, or a chat show at 10.00 pm and so forth. Those days are gone. Sooner or later there’ll be mass platforms that will give you everything, and there’ll be specialised platforms that will cater to a particular mood. The day that happens, you’ll find a certain amount of traction going there. Rom-com is a space that we thought was available and fortunately for us it has worked.”

“Sab TV is a brilliant example because what it has managed to do is that while in the Hindi GEC space the leader is Star Plus or Colors, which get about 250-odd GRPs, Sab TV gets about 150 GRPs, 50 per cent of the leader. However, in terms of the power ratio that Sab TV commands and the revenues that it gets, it would be as good as or as prudent as a Star Plus or a Colors. So, their ROI is pretty much the same. I think that is what will happen with speciality channels.  It will work for both broadcasters and the consumers,” he added.

On the ad sales revenue front, Srivastava said, “We’ve almost doubled our revenues from year one to year two. Roughly speaking, we have about 200-odd clients, and a lot of them are in the upwardly category. Dotcoms are very active on our network. I think we’re among the top two brands as far as effective rate of advertising is concerned. The growth that we have got has largely been on the basis of an increased ad rate in the market place. The ad rate should have gone by 50-60 per cent from last year.”

He further said, “I would presume that save the distribution gap that we have, we are fairly on track as far as our business objectives are concerned.”

When asked about the BARC Road Show report, which claimed that 40-45 per cent of rural India is watching English entertainment content, he remarked, “We would want to analyse it in detail before commenting on it. However, the fact that English is going beyond the metros is not surprising. Sometime back we had done  a survey on the brand equity of Romedy Now and Movies Now and there was one element that came out very strongly, which is that a lot of viewers today want to watch English content because they want to learn the language and get their pronunciation right. Viewers want to get a gateway to the West and movies happen to be the easiest gateway.”

Commenting on plans to go on the OTT platform, Srivastava said that while there was a lot of excitement around the platform, Romedy Now would watch out for two things. He noted, “Most of the content that is available is free. English is premium content and so we can’t give it free. Besides, is the marker ready for subscription-based services? India is not a paying country. As long as consumers aren’t willing to pay for it then OTT will be a real challenge. We are still evaluating that space. When the time and space are right, we will talk about it to our partners and if there’s scope for an OTT platform, then we will do it.”

On reviving the HD feed, he said, “It didn’t make sense to have an HD feed when we launched it earlier, but now that operators are asking for it, we are exploring the option. Hopefully, it should work for us this time. The revenue model will be a mix of advertisement and subscription. But it will have far fewer ads compared to the SD channel.”