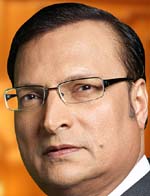 Ashish Kirpal Pandit, CEO, Zee Media Corporation, and AP Parigi, Group CEO, TV18 Broadcast, are the two new faces inducted as board members for 2015-16. The other members on the NBA Board are: