125 media partners have pledged to supply over 140,000 OOH screens in 28 countries to display the ads. In India, Ambient OOH has engaged over 2,000 digital screens for the project 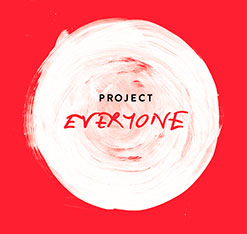 125 media partners have pledged to supply over 140,000 OOH screens in 28 countries to display the ads. In India, Ambient OOH has engaged over 2,000 digital screens for the project

In what aims to become the world’s largest ever advertising campaign, out of home (OOH) communications agency Posterscope has announced its participation in Project Everyone, the brainchild of filmmaker and Comic Relief founder Richard Curtis.

Project Everyone, which was launched on September 26, 2015, aims to share the United Nations Sustainable Development Goals with seven billion people over seven days using powerful imagery and copy across an extensive range of platforms.

Posterscope and Blue 449 have joined forces with their media partners across the globe to supply advertising space to display the adverts, which have been designed by Richard Curtis and raise awareness of the initiative. They have engaged with 125 partners to date for the ad to be shown in 450 cities across 28 countries in busy central locations with high footfall, including the CST Station in Mumbai, Piccadilly Circus in London, Swanston Street in Melbourne, Bukit Bintang in Kuala Lumpur, Shibuya Scramble in Tokyo and Times Square in New York.

Globally, over 140,000 OOH screens are being used for this campaign. In India, Ambient OOH has engaged over 2,000 digital screens for the project.

Richard Curtis, founder of Project Everyone, said, “The best chance of the UN’s global goals being met is if everyone is aware of them, and that’s where Project Everyone comes in, along with the support of its many partners. I have been overwhelmed by the response of brands, consumers and institutions alike to this initiative. Posterscope and Blue 449 have been instrumental with getting OOH media owners on board to help us get our messages across to really raise public awareness of the issue at hand. With their help, we have secured sites in the busiest areas of key cities around the world to visualise the global goals and what Project Everyone stands for.”

Haresh Nayak, Regional Director, Posterscope Asia Pacific & Managing Director, Posterscope Group India, commented, “We are delighted to be part of this global social initiative, which highlights our global capabilities in the out of home domain, our ambient media offerings in India and our vision of reaching out to the connected consumer in a socially responsible and effective manner.”

Annie Rickard, Global CEO of Posterscope, said, “It is a great opportunity to be involved in an initiative like Project Everyone. We are delighted to be able to capitalise on our media network and connections to help raise awareness around the issues at hand and hopefully, slowly but surely, change the way we live and the world we live in.”

Phil Georgiadis, Chairman, Blue 449, added here, “There is no better an opportunity than Project Everyone to demonstrate the power of open source collaboration. Posterscope has secured through their media owner partners an extraordinary level of exposure for the Global Goals campaign and in the process reminded us all of the broadcast impact of the outdoor medium.”

In September 2015, at the United Nations, New York, 193 world leaders will adopt a series of ambitious targets to end extreme poverty, fight inequalities and tackle climate change for everyone by 2030. The Global Goals campaign is a global collaborative effort to ensure that these Goals are world famous and that they are successfully acted upon. In order to make the Goals famous, Project Everyone, the brainchild of Richard Curtis, is on a mission to get the Goals to 7 billion people in seven days after they are adopted.