Catch makes a tasty proposition to win back attention

Conceptualised by Everest Brand Solutions, the new TVC for Catch Garam Masala focuses on the core product attribute of taste, freshness and quality 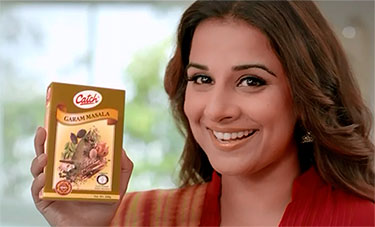 Catch makes a tasty proposition to win back attention

Conceptualised by Everest Brand Solutions, the new TVC for Catch Garam Masala focuses on the core product attribute of taste, freshness and quality

Catch Salt and Spices recently launched a new TVC for Catch Garam Masala. The communication of new TVC has been developed around the core product attribute of taste, freshness and quality. The new communication tagline – “Khaney pe 100 per cent attention, Catch Garam masale se” has been built on the already established positioning of ‘100% Indian women ka match sirf Catch’.

Featuring actress Vidya Balan, the TVC has been conceptualised by Everest Brand Solutions and illustrates that if you want the family to enjoy ‘Roz Ka Khana’, it should be made with Catch Garam Masala. The TVC addresses the day to day concern faced by women when family members are not interested in the routine food as it is not exciting enough. The TVC focusses on ‘how to make everyday food, happening’.

OP Khanduja, Associate Business Head, DS Spiceco, commented, “Brand Catch has always served its customers with outstanding quality and range of products that enables them to connect with the brand. The new TVC relates to the day to day scenario of an Indian household and is conceptualised in a way so that a common man is able to relate to it. Catch has recently shifted its ATL strategy from umbrella branding to being product focused. This new TVC for Catch Garam Masala is second in its series after success of Catch Subzi Masala TVC. A series of more products focused television commercials are in the pipeline.”

Rahul Jauhari, Group Chief Creative Officer, Everest Brand Solutions, added here, “Our consistent efforts over the past few years have been to elevate Catch Spices from a being a spice brand to a partner and solution provider in the housewife’s life. So once again, in this campaign, we picked on a real issue that exists in numerous homes and linked it to the superiority of our spices.”

The TVC has been created by Everest Brand Solutions and directed by Pradeep Sarkar of Apocalypso Productions, who is known for his films like ‘Parineeta’, ‘Mardaani’, etc., while the still shoot has been done by Dabboo Ratnani.

The film opens on Vidya Balan, where she is shown placing a dish on the table at her sister’s home. However, the family members look at it and turn away disinterestedly, continuing with their tasks. The husband, while reading paper, places the food on an inverted plate. The son, who is busy making a model with Legos, stretches his arm scooping a few Legos instead of the food. The daughter reaches out and picks up a few flowers from a low-base flower vase instead of the food while working on a laptop.

The frustrated sister then tells Vidya, “Roz ka drama hai !”. Vidya advises her sister to use Catch Garam Masala to win the attention of her family members. The TVC ends with the tagline: ‘Khaney pe 100 per cent attention, Catch Garam masale se’.