Zee TV to bring down the curtains on ‘Satrangi Sasural’

The show is slated to be wrapped up in early September. In the meantime, Zee TV has aligned with Swastik Productions for a new fiction show 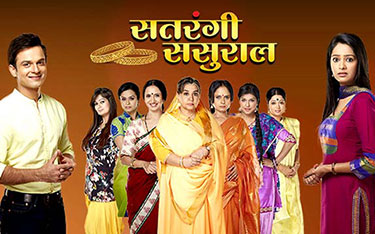 Zee TV to bring down the curtains on ‘Satrangi Sasural’

The show is slated to be wrapped up in early September. In the meantime, Zee TV has aligned with Swastik Productions for a new fiction show

Zee TV will be wrapping up its show ‘Satrangi Sasural’, which currently airs at the 10.00 pm slot, in September, less than a year after the show’s launch. Produced by writer Purnendu Shekhar, Bhairavi Raichuria, and Nandita Mehra, ‘Satrangi Sasural’ had launched in December last year.

Confirming the news, producer and writer Purnendu Shekhar said, “It is true that ‘Satrangi Sasural’ is coming to an end, the last episode will air in early September. Though we were not given an official reason, but it’s fairly understood that low ratings have contributed to this. We had introduced a new track recently, but unfortunately, it was all a bit too late.”

Shekhar, who has also written ‘Balika Vadhu’, isn’t too critical of the channel for not having patience with shows, but points to the fickle nature of viewers. According to him, “As opposed to earlier, today there is no such channel loyalty. Viewers purely consume content irrespective of the channels on which they air. Viewers have become very fickle. Their patience levels are thinning, and while we may not appreciate this trait, we have to accept their decision. May be finite series will become the order of the day.”

Meanwhile, even as ‘Satrangi Sasural’ comes to an end, Zee TV is gearing up for fresh programming in the coming months. One of the new fiction shows will be from the makers of ‘Razia Sultan’, Swastik Productions, who have joined hands with writer Saba Mumtaz (‘Yeh Rishta Kya Kehlata Hai’) to produce a social drama.

Swastik Productions’ Rahul Kumar Tewary said, “Mumtaz Saba Productions is a partnership company between Swastik and Saba. It is another creative production house which functions independently of Swastik. Saba Mumtaz is very talented and has a great body of work behind her.”

Commenting on her association with Swastik Productions, Mumtaz said, “Siddharth Kumar Tewary and Rahul Kumar Tewary have earned a formidable track record of great TV shows under the banner of Swastik and they continue to do so. I am really looking forward to see what we can create. The reason for our joining hands is simple – to bring our best to the table and produce content that is entertaining for our audiences and worthwhile for our broadcasters. We are glad that Zee has chosen to showcase and back our first offering.”

Officials from Zee remained unavailable for comments at the time of filing this report.