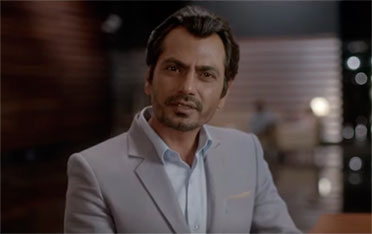 Truecaller has rolled out its first-major brand campaign – ‘Take the right call’ – marking the company’s foray into the world of advertising and marketing. The campaign has been designed in line with the company’s efforts to provide users their right to know who is calling them. It also allows them to make the most of the opportunities that may otherwise pass by unknown. The digital film features actor Nawazuddin Siddiqui communicating the brand’s philosophy through his own life experience and went live on August 19, 2015, followed by a TVC.

Currently at 80 million users in the country, Truecaller’s Indian user base comprises more than half the total global users. With a persistent focus on product innovation, Truecaller is making the ecosystem more robust, enabling users to communicate in a smarter way and correctly establish actions to take calls.

“India is a very important market for Truecaller as a majority of our users are based here. Over the years, millions of users have seen the value of having Truecaller on their smartphones, we now wanted to expand our horizons and reach more and more consumers. Our first-ever 360-degree brand campaign tells a compelling story of opportunities and we found Nawazuddin Siddiqui as the perfect fit; someone who can best translate his own story for the brand. Nawaz’s life changed completely after the one right call that he took, making him the apt choice to highlight the importance of taking the right call and making the most of opportunities. The campaign stays true to our brand vision towards helping users ‘Take the right call’ through various touch points, including television, radio and digital media. We are excited about taking Truecaller closer to its users with this campaign,” said Kari Krishnamurthy, Vice-President, Growth and Partnerships, Asia & Country Manager, India, Truecaller.

The TVC has Nawazuddin reminiscing about his struggling days when he had to work as a security guard and how this one call changed his life completely. It was his luck that the caller persistently kept calling him for days, despite having missed it numerous times and he ended up with a role in a movie. But not everyone is lucky enough. “It is not just a TV commercial, it’s my own story.  My career in the movies started with a phone call, which I was lucky enough to take after missing it a few times. Truecaller helps users do exactly that - Take the right call. Associating with Truecaller to tell the story of opportunities was a perfect fit for me. I hope the audience relates to the story as much as I do and makes the most of Truecaller in their lives,” said Nawazuddin Siddiqui.

Ashish Chakravarty, National Creative Director, Contract India, remarked, “More than 80 million of us in India already use Truecaller. So, our task isn’t to address people who already have it downloaded on their phones. It is to inform the rest of India, which is unaware about the opportunity Truecaller offers. That’s where Nawazuddin came in. Nawaz is the voice of emerging India, his screen presence is magnetic and persuasive. And the true story of where he has emerged from, the story of a guy who made the most of what life and luck threw up, is compelling. We saw an effortless link between the task and Nawaz’s story. Thereafter, the only thing to do was to have him tell us his story in his words and observe the same. The product just slips in effortlessly and we’re confident that this will help Truecaller surge further into the country.”

The digital film and TVC will be complemented by radio and digital media campaigns.