Nasir Husain, counsel for Hathway, has stated that the company shall make payment of Rs 14.56 crore in three equal instalments payable on August 31, September 30 and October 31 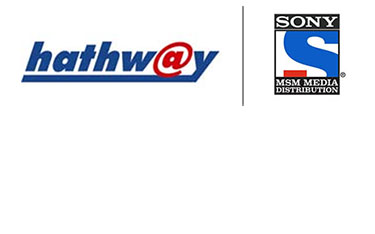 Nasir Husain, counsel for Hathway, has stated that the company shall make payment of Rs 14.56 crore in three equal instalments payable on August 31, September 30 and October 31

The Telecom Disputes Settlement and Appellate Tribunal (TDSAT) on August 14, 2015 passed an order recording the undertaking by Hathway Cable & Datacom to pay Rs 14.56 crore towards subscription fee dues to MSM Media Distribution till the expiry of the agreement on October 31, 2015.

TDSAT ruled that Hathway had to honour the commitment under the MoU for the entire term for DAS (Digital Addressable System) Phase I areas till its expiry on October 31, 2015.

Nasir Husain, counsel for the respondent, stated that the respondent shall make payment of Rs 14.56 crore (dues admitted by the respondent) in three equal instalments payable on August 31, September 30 and October 31.

Commenting on the entire issue, Makarand Palekar, EVP - Sales and Marketing, MSM Media Distribution, said, “We have two contracts with Hathway – one for DAS Phase 1 and the other for Phase 2. The contract for Phase 1 expires on October 31, 2015, while the contract for Phase 2 had expired in March this year.  The outstanding dues for both (Phase 1, Phase 2) are around Rs 58-60 crore. TDSAT has issued issue an order asking Hathway to clear the dues for Phase 1 (around Rs 15 crore) by October 31, 2015.”

“Hathway forms one of our biggest customer base with over 5 million subscribers. Despite holding a few discussions with them – and we even gave them 2-3 offers – they refused to revert. They talked of RIO (Reference Interconnect Offer) based deal, but as per the rules, no MSO can do so without clearing outstanding subscriptions fees. We were very surprised that they blocked signals to all MSM network channels. In Mumbai, the signal wasn’t blocked in areas like Dahisar, Bandra and other Western suburbs, where they are in joint venture. However, in areas where they function independently, like South Mumbai, they’d blocked our channels completely. Same was the case in some areas in Delhi and Kolkata,” Palekar added.

Hathway officials had not responded to queries sent by BestMediaInfo.com till the time of filing this report. A local Hathway cable operator informed that though MSM channels were blocked for a day, the service had now been restored.

Meanwhile, MSM Distribution Media has also petitioned for clearance of the remaining outstanding subscription fees in Phase 2 areas. Though no date has been announced yet, the matter is likely to come up for hearing soon.