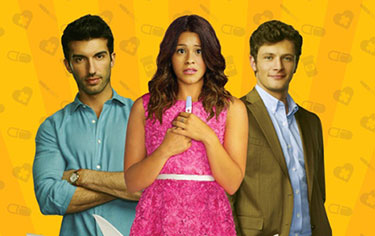 Romedy Now, the English entertainment channel from Times Network, is all set to launch a new show, ‘Jane the Virgin’. The critically acclaimed American TV series goes on air from August 5, 2015 at 7.00 pm.

‘Jane the Virgin’ is a romantic comedy-drama that had debuted in the US on October 13, 2014. The series is created by Jennie Snyder Urman and is a loose adaptation of the Venezuelan telenovela series created by Perla Farias, originally known as ‘Juana La Virgen’.

Vivek Srivastava, Senior Vice-President and Head of English Entertainment Cluster, Times Network, said, “Romedy Now will be premiering this hit and award winning CBS show on August 5. It is an ongoing series in the US. This will be an India TV premiere. ‘Jane the Virgin’ is a one-hour comedy-drama format.”

Gina Rodriguez stars in the title role of Jane Villanueva, a religious young working Latina virgin woman, who becomes pregnant after being artificially inseminated by mistake by her gynaecologist, an event that sends shockwaves through the lives of Jane and everyone around her.

Rodriqguez won the best actress award in a television series, musical or comedy at the 72nd Golden Globes award for her role in ‘Jane the Virgin’.