Oyo Rooms urges Indians not to take their freedom for granted 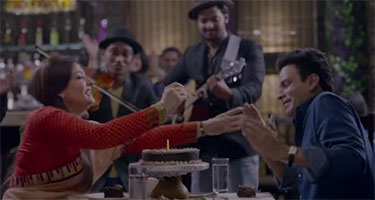 Oyo Rooms urges Indians not to take their freedom for granted

A short digital film unveiled by Oyo Rooms, a leading branded network of hotels, gives a glimpse of what life would have been like had India still been under British rule. The film, titled ‘Jai Hind’, featuring actors Manoj Bajpai and Raveena Tandon, is a tribute to India’s freedom fighters and invites viewers to join in by participating in the social media movement, #Azaadi4me. Through this campaign viewers are encouraged to share what freedom means to them.

Set in modern day Mumbai, the digital film poignantly captures what present day India would be like if it were still under British rule. Told through the eyes of a regular couple on an evening out, this film seeks to serve as a powerful reminder of what day to day life would be if India was not an independent nation.

The campaign has been conceptualised by BoringBrands. Commenting on the campaign, Anshul Sushil, Co-Founder and CEO, BoringBrands, said, “The idea behind this campaign is to drive home the message that our freedom isn’t something we should take for granted. Today’s digital world is all about brevity and we’ve seen how impactful the short film format can be. It’s exciting that start-ups like Oyo Rooms can collaborate with mainstream actors to put out an important message. Working on this campaign has been incredible and I hope the film leaves the audience thinking about freedom the way it did with me.”

Ritesh Agarwal, Founder & CEO, Oyo Rooms, added here, “Personally, this concept resonated with me because as an entrepreneur I am living my dream, something that probably would have been impossible if we didn’t enjoy the freedom that we do. As an Indian entrepreneur today, sky is the limit, with Indian entities competing on a global stage. India today is a land of opportunities, poised to be among the developed countries of the world and our generation is lucky to be living at a time where we have the freedom to pursue our dreams. With this video, we hope to salute the heroes who gave us the country we are living in today.”

“What I loved most about this film is the concept. How something as quintessential as freedom can completely change your life if it’s taken away from you. Both Raveena Tandon and Manoj Bajpai have delivered performances that stay with you long after the film is over,” said Vinay Jaiswal, Director, Kreative Wings Studios.

Manoj Bajpai, who is one of the protagonists in the film, said, “This project is close to my heart; as an artiste to encapsulate such a powerful message in such a short format is both challenging and exciting. It’s a pragmatic film with a strong social message that I believe will force the audience to stop, step back and introspect.”

Raveena Tandon, who also features in the digital film, said, “Patriotism as a theme isn’t new to cinema, but what stands out about this film is the way the message is conveyed. It’s both heart touching and thought provoking and gives the audience a new perspective on the freedom they enjoy. As a proud Indian, this film serves as a powerful reminder of how lucky we are to be part of an Independent and democratic India.”