Olx showcases how memories have no borders 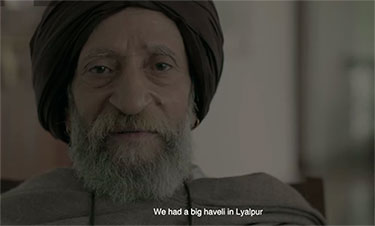 Olx showcases how memories have no borders

In August 1947, a partition created two nations – India and Pakistan – which triggered one of the biggest migrations in history, wherein overnight millions of people were forced to leave their lives behind and had to migrate to the other side of the border.

The partition was an event that separated millions from their memories and things they loved. Sixty-eight years after this historic event, on the Independence Day eve (Pakistan - August 14, India - August 15) of 2015, Olx launched an initiative, called ‘Daastaan’. It started reuniting people with things and memories they had left across the border.

Olx, with its existence in both the countries, provided a platform to facilitate this initiative and for the first time ever a website opened a window between the two conflicting countries, where trading is banned.

Citizens of both countries started uploading the pre-partition things on Olx website tagging as #daastaan for exchange. As part of the initiative, Leo Burnett, which conceptualised the digital videos for the initiative, started capturing multiple human stories as documentaries.

The first of the series is about the Khullar family, wherein the grandson after listening to how his grandfather was close to his father (great grandfather) and how he last saw him during the partition, decides to get back one of the product memories which his grandfather could relate to – the great grandfather’s camera with his initials - BK. The video touches an emotional chord, thus re-energising the lost memories and values.

To get a deeper understanding of this initiative, BestMediaInfo.com spoke to RajDeepak Das, Chief Creative Officer, Leo Burnett, who shared insights about the campaign, the challenges faced and more.

Simultaneously, the brand also called out to owners of articles from the era to post listings on the Olx websites in both countries with a special hashtag – #Daastaan.

This initiative is part of Olx’s larger vision to unlock the hidden values of things, through discovering the stories inherent in used objects. All of this is to take the conversation beyond the product and into the larger territory of “timelessness” of used goods.

Das remarked, “Olx believes in taking some great initiatives and we wanted to touch the emotional chord by relating and re-uniting people with their old memories. When back in school we all were somewhere attached to some products and memories that are no more and we thought what could be a better platform than this to let people cherish the nostalgic memories they’ve had 68 years back.”

Adding further he said, “The idea was to connect with people who have had such memories and share those touching arenas which could create an impact for others and that is how this initiative took birth.”

Creating something like this requires a lot of patience and persistence as it involves capturing emotions of two countries at the same. Speaking about the challenges, Das said, “The first challenge was to manage the logistical issues as it was across two countries and not just one. Connecting people from Pakistan and India and managing the technical issues at both the Indian Olx website and Pakistani Olx website was tough as it required a lot of coordination and was time consuming.”

The other challenge, according to him, was finding the right stories and conceptualising them correctly. “We got thousands of stories, but to find the most appropriate and perfect one was another challenge that we faced as we wanted our viewers to live or re-live those moments. Listening to stories is easy, but reliving those stories is a difficult one,” Das added.

Every campaign of Olx revolves around a story that a seller and a buyer has, hence the brief, Das said, was very simple, which was based on how a story could be told about a second hand product. This time, Olx wanted to capture emotions of the buyer’s side than the seller’s side.

“The objective was simply to relive and cherish the old memories of people. Connecting with the products was the main criteria,” Das said.

“Human kind stories are what set this initiative at par with others,” Das said, adding that the initiative received a great response with the videos being shared aggressively, thus creating a strong buzz.

He concluded by saying that there would be more such stories coming up in the future.