Smartspends organises all the spends into different categories, which give a complete picture of the user’s spends in one single place 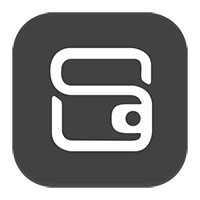 Smartspends organises all the spends into different categories, which give a complete picture of the user’s spends in one single place

Times Internet has announced its foray into the finance technology space with the launch of ‘Smartspends’, an app which helps users stay on top of their money.

Within the first few seconds of installing the app, users will know where their money is being spent without any manual input. By applying intelligent algorithms on the spend feed that is saved in the text inbox of the phone, it automatically organises all the spends into different categories, viz. travel, eating out, entertainment, etc. This gives a complete picture of the user’s spends in one single place.

Apart from organising expenses, the app also creates a bill calendar where all the bills are aggregated in one view and then through its smart alert system, it ensures that users never miss paying bills and hence save on late charges.

Another useful feature of the app is Card Suggest, where users can just let the app know where she is spending and Smartspends will suggest which of her cards (debit or credit) should be used for best savings. The new app also personalises deals and discounts in the market based on the users’ spending pattern. It continuously surfs the market to bring its users the best deals and offers on their debit and credit cards, where one can save to almost up to 20 per cent on every transaction.

Mukesh Kalra, Business Head, Smartspends, said, “Smartspends is built on a very simple premise – mobile is enabling us to re-imagine everything around money at an unprecedented scale. The app is a smart use of mobile tech to solve a very basic problem of enabling consumers to take control of their money seamlessly.”

The app is currently available on the Android playstore.