Passion is the driving force behind this young art director – be it for the work that he does or taking up a social cause or his 800+ Hot Wheels collection. Laukik is a strong believer of spreading awareness about social initiatives and creating impressive work for his clients 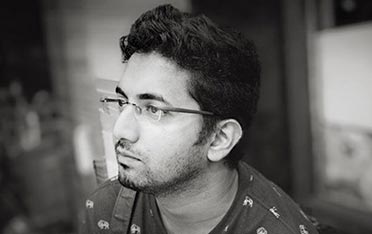 Passion is the driving force behind this young art director – be it for the work that he does or taking up a social cause or his 800+ Hot Wheels collection. Laukik is a strong believer of spreading awareness about social initiatives and creating impressive work for his clients

It is said that passion is one great force that unleashes creativity, and this is particularly true of Laukik Golatkar, Senior Art Director at Ogilvy & Mather. More than working for brands, this alumni of Sir JJ Institute Of Applied Art loves to witness the social charity world and believes in expressing his creativity by doing something on those lines.

Having started his career with a Thought Bubbles, a young creative network for advertising, design and marketing, Golatkar moved on to Ogilvy & Mather after one year in 2010.

Speaking about his journey so far, he said, “It has been great being a part of Ogilvy & Mather, where I have worked on brands like Kissan, The Economist, D Décor, Home Center Dubai and more. Working with people like Sumanto Chattopadhyay and others has been one of the best experiences. They have been inspiring me and motivating me to come with interesting and innovating work.”

Some of his works include #BhaagHathipaon, which is an initiative where people run marathons with giant prosthetic legs to raise awareness about Filaria with tweets. And as tweets are received, the prosthetic limb is taken off layer by layer, helping the runners complete the marathon.

Another work in his kitty is the #CleftToSmile campaign, which went on to win a Design Gold at Cannes last year and a Silver Cannes Health Lion, along with several other national and international awards as well as the Young Gun Bullet. Speaking on the campaign, he said, “It came to us as a stationary design project, but the client asked us to experience the workshop and I, along with a copy writer, experienced the whole process of creating a smile out of a cleft. It touched me deeply and I created an interesting logo for them which was full of smileys. It was great to see how a charity’s type-able logo spread awareness about cleft lips to millions across the world.”

Golatkar further said, “It feels so great to experience such things personally and hence, every year more than brand work I try to work for some social initiative. Last year, it was Operation Smile and this year, the Hathipaon initiative inspired me and I picked up that project for spreading awareness about their campaign.”

He counts joining Ogilvy & Mather and then winning at Cannes account as some of the key high points of his journey in advertising. When asked what prompted him to enter the ad-world, he said, “I was always told in school that since I have a good hand in drawing, I should pursue a design course from JJ School of Art. After my 12th standard, I had the option of either entering JJ School of Art or marine engineering. I was not so comfortable with marine engineering, so I joined JJ School of Art and here I am.”

Had he not been an art director then he would probably have been an architect. “I was always fascinated by architecture,” he stated.

Another passion for the 27-year old is toy collection and fast food. Golatkar believes that McDonalds Happy Meals are the best thing because they combine both! When asked about his favourite pastime, he said, “I love everything ‘superheroes’. And you’ll find that all this is reflected in my art and illustrations. If I had to choose a superpower, I’d like the ability to bring all my toys to life.”

Not content with letting toy collection be a mere hobby, Golatkar has given it a creative outlook, and thus was born ‘Hand-O-Wheels’, which is a tribute to his childhood and his 800-car Hot Wheels collection. “Hot Wheels has always been the definition of ‘cars’ to me. Hand-O-Wheels is a graphical representation of all these childhood fantasies. The idea came to me one day as I held a Hot Wheels model in my hand. It occurred to me that my hand then uncannily resembled the vinyl flames of the Hot Wheels logo. And based on that, I created an entire series of cars held in the ‘logo-hands’ of their owners, which is just a humble tribute to my ever growing collection of 800+ Hot Wheels models.”

Having been in the ad-world for the last six years or so, Golatkar feels that the level of print advertising has gone up and added that scoring an award for print in Cannes was getting to be quite tough. “Looking at the way the advertising industry is evolving, firstly, print is going to stay and secondly, digital is going to play vital role in the coming future,” he concluded.