The sponsorship deal was concluded by Maxus, powered by GroupM ESP. The rights are for all home cricket series to be played between September 2015 and October 2019 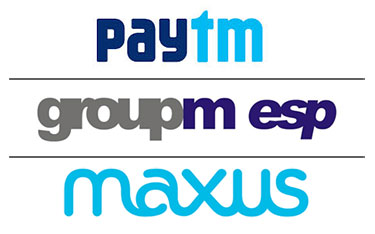 The sponsorship deal was concluded by Maxus, powered by GroupM ESP. The rights are for all home cricket series to be played between September 2015 and October 2019

Maxus, with GroupM ESP, has won the sponsorship rights for PayTM for all home cricket series to be played between September 2015 and October 2019. The bids were opened yesterday by the BCCI (Board Of Control For Cricket In India) in New Delhi and announced immediately. The deal is valued at Rs 203.28 crore for 84 matches for the four-year period.

This is the first time that a sponsorship deal for the BCCI has been concluded by a media agency.

Kartik Sharma, Managing Director, Maxus South Asia, said, “We are extremely happy for partnering with Paytm and helping them win the BCCI rights. Until now, cricket has been dominated by other mature categories and this is the first time an e-commerce brand will be using the platform to connect and engage with its consumer base.”

Shankar Nath, Senior VP, Paytm, added here, “We are delighted at becoming the Title Sponsor for all BCCI India cricket for the next four years. We firmly believe the partnership with cricket in India will help establish us even more as the dominant mobile commerce company in the country. As a growing brand which has big plans for a billion strong Indians, there is no platform better than cricket in India.”