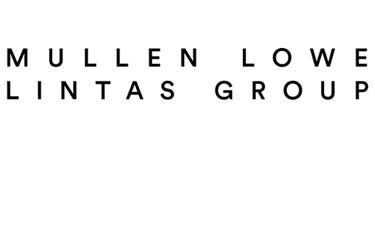 After the recent news of the global union of IPG agencies Mullen and Lowe & Partners to form Mullen Lowe Group, the India operation of the network, Lowe Lintas + Partners is now rebranded as Mullen Lowe Lintas Group. As part of this move, the group has also announced its plans for a two-creative-agency structure. In addition to Lowe Lintas, the group will be soon launching an independent new creative agency, Mullen Lintas, which will start operations on August 1, 2015.

Iyer joined Lowe Lintas in 2003 and became NCD in 2010, along with Jaleel. Over the years, he has been the force behind some of India’s most celebrated campaigns for brands including Tanishq, Fastrack, Idea Cellular, Surf Excel, Kissan, Flipkart, Britannia, Axis Bank, Freecharge and many more. Iyer firmly believes in work that makes brands a part of popular culture. His campaigns have consistently swept effectiveness awards around the world including Kissanpur, which won India’s first ever Silver at 4A’s Jay Chiat Awards in 2014.

Iyer said on his being appointed CCO for Lowe Lintas, “I’ve spent most of my career at Lowe Lintas and have thoroughly enjoyed the journey so far. Right now, we’ve got great momentum on all fronts and we’re committed to making it better. I am delighted at the opportunity to run the creative function at the agency in the rapidly evolving marketing landscape, and confident that we will keep Lowe Lintas ahead of that curve.”

Jaleel has been with Lowe Lintas since 2002 and has been NCD for the last five years. He has led the creative on some of the most iconic brands managed by the agency. As global creative lead on Unilever’s Lifebuoy business, he has contributed disproportionately to the brand’s success over the past decade in India and across the world; built brands like Micromax and Havells from scratch into billion-dollar plus businesses; and conceived and led the journey for Tata Tea’s ‘Jaago Re’ movement. His portfolio over the years has also included some great work on Google, OLX, Maruti Suzuki, Hindustan Times and Bajaj. More recently, the Lifebuoy initiative ‘Help a Child Reach 5’ was named among the most effective campaigns in the world (WARC 100, 2015).

Speaking of his new role at Mullen Lintas, Jaleel said, “I’ve always worked in large and established setups. To be entrusted with building a new agency from scratch is both humbling and exciting at the same time. I am looking forward to the journey of growing and nurturing Mullen Lintas to fulfill the group’s ‘large agency’ ambition for this independent venture."