Mindshare is the incumbent agency, which has been handling the account for more than a decade 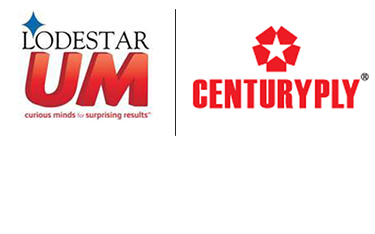 Mindshare is the incumbent agency, which has been handling the account for more than a decade

Century Ply has moved its entire media AoR to Lodestar UM. Mindshare is the incumbent agency, which has been handling the account for more than a decade.

The current mandate for Lodestar UM spans across all products of Century Ply.

Talking about this shift, Amit Kumar Gope, Group Marketing Head, Century Ply, said, “It was not an easy decision to part ways with our existing agency. However, Lodestar UM opened a whole new chapter in front of us through their understanding of the plywood market. Their media solution was focused on an alloy of strategy, basis sound consumer insight and portfolio management. We are confident with this partnership looking at our massive expansion in the near future.”

Commenting on the win, Nandini Dias, CEO, Lodestar UM, said, “We went ahead with a simple yet compelling strategy rooted in consumer insight. Lodestar UM always believes that strategy lies at the heart of understanding the consumer and that solutions should connect with the audience being media agnostic.”

Century Plyboards started its operations in 1986 and today manufactures the entire range of commercial, marine, shuttering and decorative plywood. It has also started manufacturing and marketing laminates under the brand name Century Laminates and pre-lam particle boards named as Century Prelam. Veneer is sold under the brand name of Century Veneers.