Discovery Channel to air ‘The Story of Yoga’ on June 21

The programme will be simulcast in five languages – Hindi, English, Tamil, Telugu and Bangla – at 9 pm on International Day of Yoga 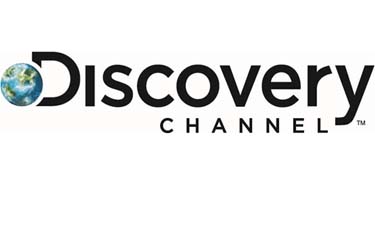 Discovery Channel to air ‘The Story of Yoga’ on June 21

The programme will be simulcast in five languages – Hindi, English, Tamil, Telugu and Bangla – at 9 pm on International Day of Yoga

Celebrating the first International Day of Yoga, Discovery Channel will premiere ‘The Story of Yoga’, an inspirational voyage into a widely popular discipline that embraces a holistic approach to a healthy mind, body and spirit. To air on Sunday, June 21 at 9 pm on Discovery Channel, ‘The Story of Yoga’ will take viewers through a fascinating journey to rediscover the age old practice. The show will be telecast in five languages – Hindi, English, Tamil, Telugu and Bangla.

‘The Story of Yoga’ is an hour-long special that explores the evolution, mysticism, spiritualism and cultural ethos of yoga. It also captures its journey to the West and its emergence into the modern society and popular culture.

Prime Minister Narendra Modi, during his address at UN General Assembly, called to mark an International Day of Yoga, which has now been declared to be held every year on June 21.

Commenting on the programme, Rahul Johri, EVP & GM – South Asia, Discovery Networks Asia-Pacific, said, “‘The Story of Yoga’ is one of the most comprehensive narratives that provide an in-depth view on the evolution of yoga from an ancient practice to a lifestyle choice that’s making tremendous impact on people’s lives around the world. We are delighted to be part of this great initiative led by India’s Prime Minister Narendra Modi to turn June 21 into a people’s movement and are extremely pleased to showcase a truly fascinating story of yoga to our viewers around the globe.”

‘The Story of Yoga’ offers viewers an elaborate view into prominent yoga schools, the lives of new age gurus and trends. It traces unique forms of yoga, explores the traditional approach to yoga, understands Aurobindo’s philosophy among other things across yoga schools such as Iyengar School at Pune, Bihar School of Yoga at Munger, Internal Yoga at Pondicherry, Sivananda Ashram in Rishikesh and many more. ‘The Story of Yoga’ visits yogpeeths and modern retreats to offer a never-seen-before look into yoga’s techniques, applications and philosophy.

Travelling from the foothills of the Himalayas, traversing through the length and breadth of India, the programme gets viewers to rendezvous with avid practitioners of yoga. Through the show, viewers meet the Art of Living founder Sri Sri Ravi Shankar, modern yoga exponent Bharat Thakurand, Bollywood stars and yoga practitioners like Anil Kapoor and Shilpa Shetty and yoga guru Baba Ramdev to understand the spiritual and healing powers of yoga.

Navigating through the world, from India to California and Brazil, to get a world perspective from new age spiritualist Deepak Chopra and celebrity yogini Deepika Mehta, the programme demystifies yoga’s worldwide appeal.