Offering something new every day, reality shows seem to be bringing greater traction to Hindi channels while fiction shows seem to be losing their sheen. Industry people share their views on whether fiction is getting overshadowed by reality 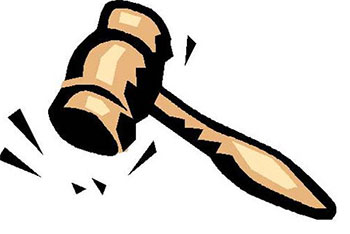 Offering something new every day, reality shows seem to be bringing greater traction to Hindi channels while fiction shows seem to be losing their sheen. Industry people share their views on whether fiction is getting overshadowed by reality

Reality or non-fiction shows have something new to offer their viewers every day and they bring more traction to the channel. Not only this, they work better every new season while fiction shows lose their sheen after sometime, considering the “endlessness” of their storylines, often making them meaningless after a point. The reality format shows are finite, exciting and mounted well both in terms of marketing. Most importantly, they generate good revenues from sponsors.

Gone are the days when daily saas-bahu sagas were the mainstay of Hindi GECs. Now every Hindi GEC offers a mix of successful reality shows with its fiction offerings. Both have their own importance and hence complement each other. But when one genre weakens, the other overpowers or seems to look as the leading content for the channel.

Even as fiction shows are the lead drivers of any GEC, one may complain that there is a dearth of iconic shows. Shows like Balika Vadhu have been stretched far too long in the absence of a strong show to replace it.

Zee TV premiered Season 5 of its dance reality show ‘Dance India Dance’ (DID) on June 28, 2015. The show’s spin-off, ‘DID Super Moms’, has also done well. ‘The Voice - India’ is currently on, on &TV. In fact, &TV went on air on March 2, 2015 with its flagship non-fiction property, ‘India Poochega… Sabse Shana Kaun? which had Shah Rukh Khan as the host. Sony Entertainment Television is currently airing ‘Indian Idol Junior’ Season 2.

Given the success ratio of reality or non-fiction shows, are the reality shows overpowering the fiction genre? BestMediaInfo.com spoke to a cross-section of industry stalwarts to understand the evolving era of reality shows and its implications for the television industry.

“I would not say that there is a trend towards more non-fiction. If anything, the trends I am seeing are towards more differentiated fiction – finite series, expansion of genres. In the fiction space, we are seeing broadcasters look for bolder characters and themes and with non-fiction and reality continuing to provide entertainment over the weekend. We are most excited about an upcoming project we are working on, which blends fiction and reality. This will surely be a fresh genre in India – scripted reality – which has done extremely well in other countries.”

“Data shows that daily soaps rule the charts, whether TAM or BARC. While reality shows do create buzz for the channel, it is the fiction shows that get them consistent eyeballs. Given the higher investments required to create reality shows and higher rates charge for them vis-a-vis fiction, the ROI on fiction shows is much higher for both advertisers and channels.”

“I do not think something like this has been seen happening. Whether it’s a Hindi GEC or an English GEC, it is a cyclic trend where a particular kind of show works, which comes out as an innovation and works. It is not that Hindi GECs are focusing on reality shows more because of the fact that audiences are tired of watching a channel, but it is the content creators’ need to deliver to the needs and demands of its viewers in the best possible way.”

“I don’t entirely agree that the shift is happening because in the past, too, reality shows have co-existed. But yes, importance of fiction shows has declined over the past few years and the reason for the same probably is that there is very less innovation happening in fiction. Barring few experiments which happened with formatted or infinite series, there is less innovation. Between Monday and Friday, most of the broadcasters prefer playing safe. If historical works somewhere, everyone follows the herd. At the same time, I don’t think much innovation has happened at the reality level as well. Big reality shows are in their eighth or ninth seasons.”