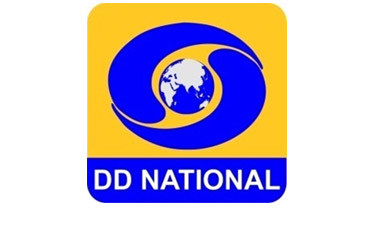 The ‘DD Dopahar Apke Ghar’ time band from 12 pm to 3 pm, which Doordarshan National introduced last year, has been popular with the viewers.

One year later, DD National is launching six new shows in this time band in two phases during April-May 2015.

Airing at 12 noon is the romantic drama ‘Tum Bin Jiya Jaye Na’, which tells the story of Simran, a girl who is in love with someone since childhood, but marries someone else. ‘Adhikar’, which airs at 12.30 pm, tells the story of feisty Nandini, whose courage, resilience, self confidence and principles are tested through many ups and downs in the family she gets married into.

At 2 pm is a social drama ‘Pragati’, which tackles the issue of girl child education through the story of a little girl who fights for her right to education and eventually wins. ‘Ek Laqshya’, which airs at 2.30 pm, is an inspiring story of three girls who join the Indian Army braving different problems.

‘Humnawaz’ is a forthcoming show that will air at 1 pm. It tells the story of two lovers who belong to different communities, castes, and social strata, yet they write their own story of love, through their feelings and passion for each other, hoping to bridge the gap between their families created by archaic traditions of the society.

The 1.30 pm slot will showcase a story based on Sahitya Academy winning novel, ‘Diwaro Se Par Akash’, titled ‘Ummeed Nayi Subah Ki’, which is a story of Vasudha, who breaks the chains of old fashioned traditions and emerges as the evolved woman of today.

Through these six shows, Doordarshan aims to not just capture the attention of the afternoon viewers, but also portray a strong, progressive and emancipated society.