TOI can crib, even bully, but that does not change the facts: Rajan Bhalla of HT Media

When TOI pointed out again how ‘HT 2 Minutes’ was not carrying ads, HT hit back at The Times of India saying its student (NIE) edition also does not carry ads. Since then, it has turned into a full-blown war of words and numbers 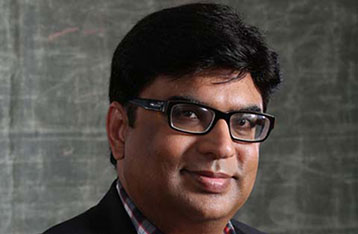 TOI can crib, even bully, but that does not change facts: Rajan Bhalla of HT Media

When TOI pointed out again how ‘HT 2 Minutes’ was not carrying ads, HT hit back at The Times of India saying its student (NIE) edition also does not carry ads. Since then, it has turned into a full-blown war of words and numbers

Click on the image to watch video interview of Rajan Bhalla

The spat between Hindustan Times and The Times of India over readership numbers in the two biggest markets – Delhi and Mumbai – doesn’t seem likely to reach a resolution any time soon, as both publications stand firm on their respective leadership status.

The claims and counter-claims between the country’s two largest read English newspapers have continued post the IRS 2014 results. It all began in January last year with IRS 2013 results that were finally put into abeyance after objections over its findings by major publications. For the record, a group of 18 publications had protested the anomalies in IRS findings and questioned the sharp growth in readership of publications from HT Media and Patrika Group.

It was then when TOI launched counter advertisements using Audit Bureau of Circulation (ABC) figures against HT’s advertisements based on IRS results.

This year too, both the newspapers started their battle in an exactly similar fashion and once again, it seems destined to be an endless battle. When TOI pointed out again how ‘HT 2 Minutes’ was not carrying ads, HT hit back at The Times of India saying its student (NIE) edition also does not carry ads.

In an interview, Rajan Bhalla, Chief Marketing Officer, HT Media Ltd, delves into the controversy and minces no words on what his competition has been up to. Edited excerpts:

What are your views on the recent claims made by TOI?

It is unfortunate that The Times of India (TOI) has started this blame game, and not only made blatantly false accusations about Hindustan Times (HT), but also dragged several advertisers and their brands into this baseless controversy. Clearly, this reeks of desperation, and is a reaction to the latest round of IRS results which have validated that Hindustan Times is the No. 1 newspaper in Delhi NCR yet again, for the 14th time, and is fast closing the gap with TOI in Mumbai. Given that our lead over TOI in Delhi NCR is almost 40 per cent with 23 lakh readers, out of which 18 lakh exclusive readers don’t even read TOI, this has created panic and hence, irrational behaviour from them.

Healthy competition is essential for any industry to grow. And when there is competition, someone will always be No. 2. The correct approach to address their position as a laggard would be to work on their quality of journalism, product content and engage more readers. However, what’s shocking is the extent to which TOI has gone to misrepresent facts. Are they really reporting facts or are the facts coloured depending on what’s going to help them make more money?

What is your response to TOI’s claim about HT 2 minutes?

At HT, being the market leader, we have taken the responsibility for market expansion and have developed a product to encourage young new-readers to develop the habit of newspaper reading. This is a simple segmentation strategy of inducing trial among future readers. Most market leaders across industries do this to expand their future consumer base. Isn’t that expected from a market leader? Having said that, we have given the flexibility of advertising in this product to our customers at a separate price, clearly mentioned in our rate card. So where is the question of an issue here? It’s a malicious campaign by TOI and completely baseless.

A similar segmentation approach is indeed used by TOI as well where approximately 4.8 lakh Student (NIE) edition copies across the country do not carry all the mainbook and supplement ads.

And if that’s not enough, TOI Delhi ABC numbers have 3.81 lakh copies under ‘jodi’ with NBT, which means 50% of their copies in Delhi go to Hindi households. Is that the reason their readership is lower than HT in Delhi? To add to this, 5.79 lakh Navbharat Times copies carry an English Editorial page with the TOI masthead once a week to shore up their readership numbers and even that is not helping them.

What are your views on TOI’s stand on IRS?

The 2013 IRS results were celebrated by them, claiming “ET is in the big league” (January 29, 2014), “TOI readership grows…” (January 29, 2014), “Mumbai Mirror grows…” (January 29, 2014). It is not just one article, all their publications – TOI, Mirror and ET – carried articles welcoming the news. They were part of the technical committee which designed and helped in conducting the IRS. So, if they had any problems with the methodology, they should have raised it before the results came out. These articles came out in Mumbai, when only the Mumbai results were declared and the results suited them. The moment they came to know that in Delhi the results were not in their favour, they changed their stance and started rubbishing the IRS.

Rahul Kansal had then affirmed that “the new methodology is certainly much more robust. It has made the whole process far more tamper-proof and secured it against the vagaries of poor field work…it has been executed very professionally.” Rahul Kansal has suddenly changed his stance – perhaps due to the increasing pressure from media buyers, asking TOI to reduce their rates in Delhi and Mumbai? TOI’s bullying attitude with advertisers and competitors has been a well-known fact for years.

At HT, we always value integrity above everything else and consistently base our communication on hard facts rooted in IRS, which has been the benchmark of the print industry for years. We have never gone out disputing IRS even when the results were not in our favour. However, they chose to question the latest IRS results even after these have gone through both process and field audit by a reputed market research agency.

Readership is the only measure of the strength of a newspaper because what an advertiser buys is not real estate by way of the printed paper, but he is looking for audiences that read that paper. The advertiser is interested in drilling holes, not buying drilling machines.

Your views on TOI using ABC over IRS...

What’s interesting is that they use ABC in Delhi and RNI in Mumbai. Here’s why. The Mumbai Mirror copies are bundled forcibly with TOI, whether the readers want it or not, and are likely to be disqualified by ABC. Hence, it’s convenient to use RNI in Mumbai.

And talking about Mumbai Mirror, it’s an interesting piece. You cannot subscribe to TOI or get a TOI copy alone at home in Mumbai. You are forced to take one or the other papers with it. If you do not read Marathi and are not a financial news reader, you are forced to take Mumbai Mirror. So, a lot of people are forced to take Mirror and pay the bundled price, but they obviously do not end up reading it and that is why the readership of Mirror is far lower than HT as well as TOI despite a higher number of bundled copies in the market. In fact, due to this reason Mirror actually should not be considered as a standalone paper as most of it is sold along with TOI, which results in a solus readership of just 1.94 lakh.

What is the way forward?

The only solution for TOI is to grow up and act like a mature brand. They should focus on creating better products and better consumer and advertiser connect, like we at HT have been doing. But it certainly won’t help TOI by being malicious and always feeling threatened by HT.

While there’s lot more that they are up to, which we don’t want to get into at this stage in the larger interest of the industry. But from our perspective, they can cry, they can crib, they can even bully, but that does not change the facts.