The campaign conceptualised by Contract Advertising has created a strong brand positioning for the telecom brand. A behind-the scenes look at how this campaign was developed 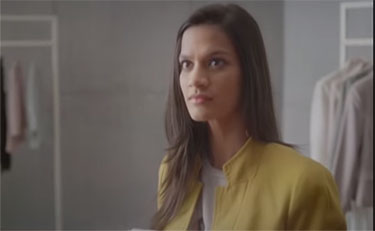 The campaign conceptualised by Contract Advertising has created a strong brand positioning for the telecom brand. A behind-the scenes look at how this campaign was developed

‘Bhalai Ki Supply’, the campaign launched by Tata Teleservices for its unified brand Tata Docomo last year, featured a series of TVCs cleverly juxtaposed words and humour to drive home the point that the seemingly inconsequential act of sharing jokes and videos on social media could turn into an act of greater good.

Conceptualised by Contract India, the TVCs capture everyday situations to offer a witty reminder for the value-for-money data and voice plans by Tata Docomo. The idea is to encourage customers to make the lives of people around them much happier, under the theme ‘More Data, More Bhalai’.

To get a deeper understanding of what went behind the campaign, BestMediaInfo spoke to Pushkar Jain, Head - Brand Marketing, Tata Teleservices, who shared the vision behind the campaign and how it has helped to enhance mindshare for the brand, and Ashish Chakravarty, NCD, Contract Advertising, who spoke on the creative journey of the campaign.

The Bhalai ki Supply campaign is built on the idea that sharing either through data or voice is not just an act of passing something on; its end impact is much larger than the sender could have envisioned. For example, a simple ‘Like’ can boost the self-esteem of someone who has posted a selfie on Facebook. A nonsensical, gossip-filled call can provide a window of respite to someone stuck in a mundane job.

The campaign puts forward this simple truth in a mock-altruistic tone and drives home the point that this seemingly innocuous behaviour of sharing jokes, videos and memes on the Internet is an act of greater good (Bhalai). And with Tata Docomo’s generous data and voice plans, there’s no reason why one should hesitate to ‘Open up’ and ‘Keep doing the good thing’ (Chalu rakho Bhalai Ki Supply).

The ad campaign derives insights from a recent research which suggests that 60 per cent of India’s GenY population subconsciously or compulsively checks their smartphones for emails, texts or social media updates.

Sharing the thought behind the campaign, Tata Teleservices’s, Head - Brand Marketing, Pushkar Jain, said, “The youth of today views its reality from the lens of social media – a world that thrives on the staple of ‘likes’ and ‘forwards’. This campaign is an ode to this very behaviour.”

Vision and Mission of the campaign

Jain further said, “As social media and chat platforms are exploding, Internet as a medium of sharing or communicating is becoming ever more important especially for today’s youth. The ‘Bhalai Ki Supply’ campaign was simply our way of recognising the importance of life’s reality and offer products that enable the youth to carry on doing the good thing.”

Creatively, the campaign dialed up this social drama into an interesting visual and oral landscape. The cries for attention of a selfie queen or the dance of slavery by a boardroom executive were attempts in creating a unique visual language. Coupled with this was the bid to evolve the oral landscape of the brand – a fundamentally new creative tone captures the syllables in which the youth of today talks. This voice has a distinct ‘earthiness’ to it. It is colloquial, yet trendy and fashionable. It is an amalgamation of the wit of the brand delivered in the times we live in. Phrases like “atma ke armpits tak pahunchta pasina”, “ek like toh de do baba” – brought lingering smiles and a unique brand language as an asset.

Changing mindshare of the brand

The ad series has been highly successful and much loved since the first ad was aired, till date. It has done exceedingly well at the Goafest this year, where it received five creative Abby awards – two Golds for its films on ‘Snowball’ and ‘Falooda’ and two Silvers for its film on ‘Selfiesh’ and ‘Poser’. They also won a Bronze award for its Integrated Advertising.

Ashish Chakravarty, NCD, Contract Advertising, said, “This was our first Gold at the awards and I’m extremely proud of this achievement.”

“The campaign was not only loved by the audience it was targeted at, but it has gained traction with the older audiences too. What gives me most satisfaction is the phrase ‘Chalu Rakho Bhalai ki Supply’ gaining organic traction on social media, becoming shorthand for online sharing. The ad series was amplified through outdoor media and point of sale merchandise where we received much appreciation. It also received positive feedback in the digital space amongst Tata Docomo’s 14 million-strong online community,” Jain said.

The question is: Did it lead to good sales revenue too? Or it just helped the brand attain awareness?

Jain opined, “Our focus is towards delivering quality telecom products and services across all 19 telecom circles we operate in. This campaign was our vehicle for launching a set of innovative voice and data plans aimed at driving up usage with affordable and high quality connectivity. In terms of numbers, we not only had a healthy growth across brand parameters but also top line and penetration growth, especially in our data sales.”

Chakravarty added here, “Uniqueness came from giving seemingly unimportant acts of liking posts, sharing jokes and selfies, a larger-than-life purpose. Also, building the category and the product in seamlessly while using the lingo of the youth gave the brand a tone it can call its own. It’s not about instances or moments, but the inherent larger duality: uses the youth voice and actually mocks their behaviour.”

“Six months into the campaign, all brand and business KPIs have shown tremendous impact. More importantly, where I think that the campaign has really worked is that within such a short span of time it is becoming a part of popular culture. Just go to our Facebook/ YouTube page and read the kind of comments people have made – they are in love with the new lingo of the brand and the idea of Bhalai ki Supply. The lingo of ‘insaan hi insaan ke kaam aata hai’, ‘PPT ki seeti par chamm chamm naach raha hai’, ‘selfie kheechi aur share nahi ki – kitne selfieesh hain aaap’ – all of these bring a smile and confirm the notion that advertising doesn’t always mirror how people are acting but how they’re dreaming,” Jain elaborated.

Backed by a set of innovative products with generous loading of data, the agency challenge was to come to a sharp, yet relevant life expression that fit in seamlessly with the product offer. The final creative expression rides on multiple cultural trends and a core human insight. At one end is the ‘colloquial cool’ lingo and at the other end it is picking up a variety of insights on the extended online lives of the youth today. But the list does not stop there; the campaign also builds in the core and eternal human insight of how a joke, a poke and a message from another fellow human being a source of joy, happiness, smiles.

The film starts with a young girl clicking a selfie, only to keep it to herself. A solemn voice-from-above promptly intervenes and reprimands her for this almost-criminal act of ‘selfie-shness’. The clip then cuts into a scene where her boyfriend is being subjected to a barrage of grievous insults by his father. The voice-over then highlights how sharing the life-changing selfie with the protagonist’s boyfriend could infuse a surge of happiness into his life. Then the advertisement goes on to urge prepaid customers to do their bit and set off ‘Bhalai Ki Supply.’

The TVC showcases a young man laughing at a forwarded joke received on his handset. He then casually puts the phone away and gets back to reading. A solemn voice-over immediately reprimands him for not sparing a thought for his roommate, who is dancing away to the torturous whims and fancies of his bosses. The off-camera commentary then goes on to urge the young man to forward the joke to his friend to lift his spirits and thus continue the ‘Bhalai Ki Supply.’

The TVC opens inside a fiery pressure cooker factory assembly line, where an over-qualified MBA graduate is being forced to endure the stifling angst of running his family’s monotonous business. Yet, a wave of relief hits him whenever he receives a simple forwarded joke. A voice from above then calls out to the viewer to imagine the reprieve a gossip-filled call could deliver, like frosty snowball on a furiously hot summer day. Then the advertisement goes on to urge customers to do their bit and set off ‘Bhalai Ki Supply.’

The TVC features a ‘social media queen’ who appears to have lost her loyal online following. She pouts and preens in order to post the perfect profile picture that could restore her lost glory, but is continually disappointed, till one virtual ‘Like’ makes her day. The ad goes on to stress that simple and innocuous acts of sharing a like, meme, viral video, etc., is actually a greater good that brings happiness to the recipient, it’s ‘Bhalai’. And with Tata Docomo’s amazing data offers one needn’t stop – ‘Chalu Rakho Bahalai Ki Supply and Open Up.’

The film begins with a young man drifting to sleep after having dutifully sent off innumerable memes, jokes everywhere to do his share of spreading Bhalai. Right then, a voice jolts him out of his stupor to remind him that ‘Bhalai is a full-time job’. He rises again and resumes ‘Bhalai Ki Supply’. Then the advertisement goes on to urge prepaid customers to do their bit and continue with the ‘Bhalai Ki Supply.’