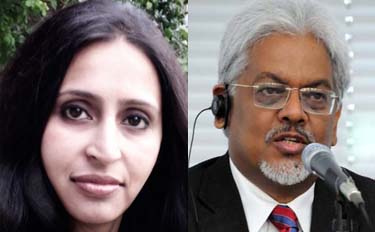 Patrika Group is all set to launch a new multi-media digital platform, Catch News. Shoma Chaudhury, former Managing Editor of Tehelka, has been roped in as Editor-in-Chief of the portal, where she will be responsible for the entire gamut of news and content. Bharat Bhushan, former Founder-Editor of Mail Today, has also joined the project as Editor.

On joining the new venture, Chaudhury said, “Catch will be about substance in short pills. In an age of niche sites, it will celebrate the mix. It is a big creative challenge to do substantive journalism in an age of speed news. How do you tell stories in a way that doesn’t dumb it down, yet keep the impatient reader with you? The Internet has massive potential, it can be worked at different rhythms – that is what makes the project so exciting. I am happy it is part of the Rajasthan Patrika Group, which is respected for its principled journalism.”

Bharat Bhushan added here, “This is the medium of the future. I was keen to work with a new medium, where my experience as a journalist-editor would be useful, but I would have the excitement of learning something new myself.”

Vinny Ganju has come on board as Chief Operating Officer of Catch News, where he will be responsible for the entire operation and business of the portal. Prior to this, he was Head of Marketing & Product at I Media Corp, the digital arm of Dainik Bhaskar Group. On his new role, Ganju said, “With Catch News, we are going to redefine how journalism is perceived in today’s cacophonic news environment. We don’t intend to just broadcast content, but trigger new conversations by challenging settled notions at a time when most media is dominated by sensationalism and run by affiliations.”

According to a statement issued by Patrika Group, Catch News will deliver original content and news-on-the-run for an engaged, but busy young generation. Simultaneously, it will also create content for the deeper consumer of news.