The ‘Think BARC’ seminar put the spotlight on various measurement systems; while the WPP CEO spoke about what kept the group ahead of the curve 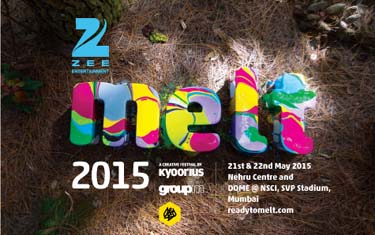 The ‘Think BARC’ seminar put the spotlight on various measurement systems; while the WPP CEO spoke about what kept the group ahead of the curve

Speaking on cross media measurement, Bruno Chetaille from Médiamétrie noted that in the digital era, there were more screens – four to six screens on an average – in every household.

He further stated that while television penetration was 95 per cent, computer penetration stood at 82 per cent, while mobile penetration had gone up from zero per cent to 54.5 per cent and tablet penetration had also seen a rise. Adding further, he said, “With TV penetration going up, there are more broadcasting methods that have been coming in, like direct to home, IPTV, satellite TV and cable, hence there has also been an increase in the number of channels. The number of thematic channels in 2004 was 121; 2014 saw 148 channels.”

He pointed out that nowadays consumers spent more and more time on TV and the Internet. He highlighted that on an average a consumer spent 24 minutes to two hours a day on the Internet. He also stated that today content viewing was not specified to only television, but there were new ways of watching and consuming content by individuals in the age group of 15 years and more.

According to Chetaille, few levels of transformation were technology, new scientific methods, the merger of television and Internet, and now, from audience measurement to engagement measurement.

Jose Manuel Olivera of MarkData highlighted how analysing big data was a global vision. He believed that audience and content were driving big on classic media and digital media. William McKenna from William McKenna & Associates, Inc., highlighted the dynamics of today’s cross platform measurement and how audiences were consuming data through various screens.

Giving a view on connected consumers and device usage, Erica Boyd of Nielsen Asia Pacific said, “Today, consumers are seen spending a lot of time online, which is on an average 23.9 hours per week across connected screens. India is one of the fastest growing smartphone markets. Online consumption is increasing day by day, while traditional consumption is also growing at its speed. However, this is also accelerating media fragmentation.”

After the big discussion on the audience measurement system, Sir Martin Sorrell, CEO, WPP, took centrestage where he spoke about wide-ranging issues.

Sorrell said, “What makes our agencies stand ahead of the curve is the talent that we have, and apart from that the key differentiator is the kind of technology that we use to provide solutions to our clients. Also, content that we develop too plays a vital role in terms of differentiating us from others.”

Sharing his views on Big Data, Sorrell said, “We are in the process of evolution and data plays a vital role towards supporting the same.”

On how Indian marketers should react to the evolution of newer technologies, he remarked, “Though our landscape is changing very rapidly, Indian marketers are also seen coping with same as India is a huge potential market. Going forward, I believe that mobile and mobile content will become more and more important.”

Giving his views on the Indian economy, Sorrell said, “Our Indian businesses are rolling year on year and we crossed a substantial revenue mark. We are witnessing double digit growth. India has great advertising talent.” He further said that India had a huge opportunity for business and Indian businesses were growing at a rapid speed. “It is moving three times faster than businesses in the US or the UK,” he concluded.