TOI is sticking to its guns in its war numbers with HT. It justifies its stance on how ‘HT 2 minutes’ is “inflating” the rival paper’s figures, and defends the attack of its NIE saying that the student editions of both papers were never meant to carry ads 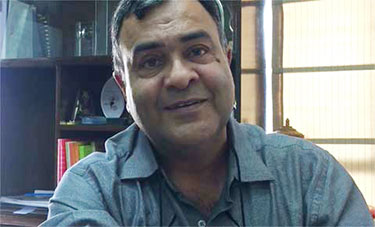 TOI is sticking to its guns in its war numbers with HT. It justifies its stance on how ‘HT 2 minutes’ is “inflating” the rival paper’s figures, and defends the attack of its NIE saying that the student editions of both papers were never meant to carry ads

Click on the image to watch Rahul Kansal's video interview.

The claims and counter-claims between the country’s two largest read English newspapers – The Times of India and Hindustan Times – have continued after second consecutive IRS results. It all began in January last year with IRS 2013 results that had to go into abeyance after objections over its findings by major publications. For the record, a group of 18 publications had protested the anomalies in IRS findings and questioned the sharp growth in readership of publications from HT Media and Patrika Group.

It was then when TOI launched counter advertisements using Audit Bureau of Circulation (ABC) figures against HT’s advertisements based on IRS results. This year too, both the newspapers started their battle in an exactly similar fashion and once again, it seems destined to be an endless battle. When TOI pointed out again how ‘HT 2 Minutes’ was not carrying ads, HT hit back at The Times of India saying its student (NIE) edition also does not carry ads.

How do you react on HT’s fresh charge of not carrying ads in The Times of India’s Student (NIE) edition?

The student editions of both TOI and HT are part of campaigns and they were never meant to carry advertisements. It’s not that only we do not carry ads in NIE edition. HT also does not carry ads in its student edition which is mainly a sponsor-led product. When HT claims that their total circulation in Delhi-NCR is 10+ lakhs, the truth is that 25-27% of them are HT 2 Minutes which is only there to shore up their numbers and does not help any advertiser. So we are pointing out this malpractice which we believe is giving unfair advantage to present the total ABC circulation numbers comparable to us. And therefore, an HT City advertiser believes he is getting the full run but a large chunk is not available to him. Both school editions have been upfront about not carrying ads, but now they are trying to confuse the picture. If you add their school edition with HT 2 Minutes, over 40 per cent of their print run does not carry advertisements.

Is IRS to ABC comparison an apple to apple comparison?

We are not alone in saying that IRS is an unreliable document which HT is using to make their claims. At the same time, we are taking the figures that both HT and TOI have declared as a reliable study. So going by their own reckoning, 27 per cent of their entire circulation comes from HT 2 Minutes. So we are just pointing out the anomalies in their circulation.

But does HT 2 Minutes feature in IRS exactly similar to ABC?

Unfortunately, IRS does not distinguish between HT and HT 2 Minutes. So, one has to assume that 25 to 30 per cent of IRS number is also inflated on account of this scam product which is not helping advertisers. Therefore, even their readership has been inflated to that extent.

Why ABC over IRS?

How do you react on HT claims that TOI bundles Mumbai Mirror in similar fashion?

The Times of India in Mumbai sells at a cover price of Rs 6 which is the most expensive newspaper with an upfront offer on the masthead of opting for any second paper from the Bennett, Coleman Group. Out of 7 lakh buyers of TOI, some two lakh have opted for The Economic Times, some 4 lakh have chosen Mumbai Mirror while the rest have preferred Maharashtra Times as their second newspaper. So we are offering a combo deal for a price and it is a legitimate marketing activity without bundling any free product. While we are charging Rs 6 a copy, HT and DNA have been selling their copies at Rs 200-300 for a year. Thus we have priced our products 5-6 times more than our competition.

HT accuses TOI of picking and choosing IRS or ABC as it suits different markets. How would you defend this?

We have never used IRS after discovering anomalies in its studies and rejected it completely and unambiguously. They refer to one article that came out in January 2014 on the day that IRS survey had come out before we have fully discovered the anomalies and illogical findings of IRS. We have only used circulation in both Delhi and Mumbai or any other part of the country.

Why do you use RNI numbers for Mumbai while using ABC for rest of India?

Since a large bulk of Mumbai Mirror copies go with TOI at a combo price, so ABC has difficulties in ascertaining how much of the Rs 6 combo should be earmarked towards TOI and how much should be earmarked for Mumbai Mirror. Because of these problems, we went for second reliable auditor which is Registrar of Newspapers of India (RNI) which our competitors HT and DNA were already using.

Is TOI still paying for IRS?

We paid for IRS 2013 and first quarter of 2014 and since then it has not started again. Currently we are asking the organisation behind IRS answer our doubts and to ensure that our concerns are taken care of. As of now, we have formally disowned any connection with IRS.

Also read: TOI can crib, even bully, but that does not change the facts: Rajan Bhalla of HT Media