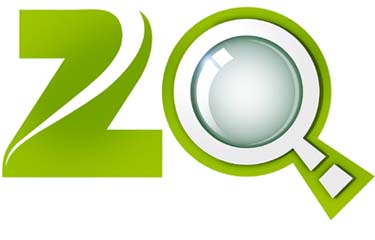 This summer, ZeeQ is all set to scorch the kids’ television genre with an exciting, new look. Starting April 13, 2015, the channel will entertain and engage children with an eclectic mix of comedy, action and art & craft shows.

Responding to the demand for differentiated content, ZeeQ has prepared locally-produced shows like ‘Bandbudh aur Budbak’, ‘Pyaar Mohabbat Happy Lucky’ and ‘The Art Room’, which offer a mix of entertainment and learning. For some adrenaline rush, the channel has action-packed shows like ‘Burka Avenger’, ‘He Man’, ‘Shaktiman’, packaged together in the Mega Action Band. This band will be offered in Telugu as well, in addition to Hindi and English.

Ashwin Sashital, Brand and Communications Head, ZeeQ, said, “ZeeQ is taking a step further by revamping the look, feel and positioning of the channel. The challenge lies in expanding the audience base, something we believe can be done with the new line-up. We plan to keep our audience engaged and entertained with exciting new stories, creative activities and action-packed adventures. We look forward to a great start with our rebranding campaign.”

Kids’ is number three priority genre in Indian television and has a high viewership not only among children, but parents as well. Keeping this strategic factor in mind, ZeeQ is launching new programmes targeting 4-14 SEC ABC. These include the animated laugh riots, ‘Bandbudh aur Budbak’, which revolves around two 10-year-old school boys who always land in trouble and ‘Pyaar Mohabbat Happy Lucky’, which follows the escapades of Happy and Lucky, who are polar opposites and find themselves in the middle of hilarious quarrels. For a dose of action, there is the award-winning action series, ‘Burka Avenger’, which narrates the story of Jiya, a mild-mannered teacher, who has a secret weapon: martial arts. Jiya wears a burka to hide her identity as she fights villains who want to shut down the girls’ school where she works. Parents and children can also explore the world of creativity and unbridled imagination with ‘The Art Room’.

ZeeQ is undertaking a 360 degree promotion campaign in key metro cities and HSM markets. The channel has started the ‘rebranding’ with an extensive TV campaign on Zee network and other select channels. As part of the audience outreach programme, ZeeQ will organise on-ground activities and school contact programmes, etc., based on the new shows.  The channel is partnering with leading media houses for focused above the line and below the line promotional activities.