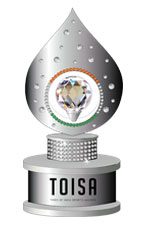 When any sports person gets an opportunity to perform at international tournaments, it is assumed that he is a gifted individual. But rarely does one shed a thought to the dedication, effort, sweat, and toil that the athlete has put in to get to the stage where he or she represents the nation, and performs in a manner that makes the nation's heart swell in pride.

In a move to honour the passion of India’s sportspersons, highlight their achievements and express gratitude for their relentless struggle, The Times of India has designed the Times of India Sports Awards (TOISA). The awards platform will celebrate and recognise sporting achievements across multiple disciplines.

To celebrate the journey of our sports heroes through TOISA, The Times of India is also involving its readers to be a part of this campaign. Timesofindia.com readers can vote for their favourite sports personality across 15 categories based on their performance in 2014. The voting, which commenced on March 21, will continue till April 21, after which a select jury will decide the TOISA winners, based on a combination of votes received and the jury’s judgement. Ten voters will also get a chance to attend the awards ceremony and witness their hero’s receive the award.

TOISA is an effort to give Indian sportspersons, who have set a benchmark at major sports tournaments, their due recognition, and celebrate the present and nurture the future in Indian sports.

The awards ceremony is slated to be held in May 2015.

Tags: TOI The Times of India Sports Awards
Advertisment
More from this section