Sreenivasan Jain, Arnab Goswami, Scroll.in, and 24 other journalists to be honoured with the Awards on April 30 in Mumbai 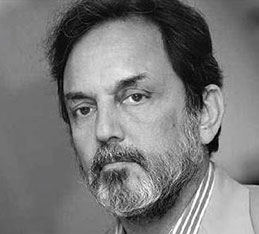 Sreenivasan Jain, Arnab Goswami, Scroll.in, and 24 other journalists to be honoured with the Awards on April 30 in Mumbai

Dr Prannoy Roy, Executive Co-Chairman of NDTV Group, has been awarded the 2015 RedInk Award for Lifetime Achievement for Excellence in Journalism for his consistent and pioneering contribution to news television in India. Dr Roy will be honoured for his service to journalism at a ceremony on Thursday, April 30, in Mumbai at the Jamshed Bhaba Auditorium, NCPA.

Dr Roy, along with his wife and journalist Radhika Roy, were the first to set up a television news production company called New Delhi Television in 1988, now called NDTV. In later years, Dr Roy made a mark for his incisive and pioneering coverage of election news and changed the way people consumed TV news with his programmes such as ‘The News Tonight’ and ‘The World This Week’. After years of producing the news for Star News, Dr Roy launched his own broadcasting network with NDTV 24x7, NDTV India and other channels in 2003.

The RedInk Award for ‘Journalist of the Year’, instituted for the first time, has gone to Sreenivasan Jain of NDTV for his consistent investigative work epitomised in his series, ‘Truth versus Hype’ and other programmes. Arnab Goswami, Editor-in-Chief of Times Now, has been selected as the ‘Impact Editor’ of the Year for his ability to capture eyeballs and expand audience reach with his ‘News Hour’ show. Scroll.in will be awarded the ‘News Start-up of the Year’ for scaling up its influence rapidly as an alternative source of news and features.

Judging for the RedInk Awards, which includes as many as 10 categories, have just been completed and as many as 24 journalists, who have produced outstanding and impactful stories in calendar year 2014, will also receive awards along with Dr Prannoy Roy, Sreenivasan Jain, Arnab Goswami and Scoll.in on April 30 at the NCPA.

The judges went through over 800 entries in the print/ online category and nearly 250 stories from television journalists. Each of the categories – Politics, Crime, Environment, Sports, Human Rights, etc. – had a dedicated jury of senior persons with domain knowledge assigned to judge the entries. A special curator was also assigned to sift through the large number of entries in each section and guide the judges.