Move away from the metros and catch the action elsewhere, says Dainik Bhaskar

Created by Ogilvy & Mather, the campaign creates a wider platform for DB Group’s ‘Unmetro’ event, which asks marketers, advertisers and planners to focus beyond just the metros 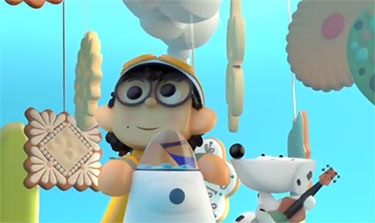 Move away from the metros and catch the action elsewhere, says Dainik Bhaskar

Created by Ogilvy & Mather, the campaign creates a wider platform for DB Group’s ‘Unmetro’ event, which asks marketers, advertisers and planners to focus beyond just the metros

To create a wider platform for its flagship event ‘Unmetro’, Dainik Bhaskar has announced the launch of a new campaign, ‘Unmetro – Action is Elsewhere’. The campaign is aimed at marketers, advertisers and media planners/ buyers. Designed as a digital/ social media campaign, it will also be supported by print, OOH as well as the company’s Unmetro Conclave events, which focus on exploring and analysing the untapped economic potential of India’s non-metro towns and cities.

To support the campaign, Ogilvy & Mather has created a short video, called ‘Unmetro Song’, which features animated characters that talks about the growing opportunities beyond determined boundaries, thus reflecting the fact that there are a lot of opportunities even in Tier 2 and 3 markets.

‘Unmetros’ signify the non-metro urban Indian markets (Tier 2 & 3 markets) which are fast emerging as India’s key growth centers. These markets are at the core of dynamic progress, being under served and hence presenting an opportunity of rapidly growing consumer demand, with significant purchasing power and greater media reach. This potential of Unmetros, together with the rise of digital media, the fragmentation of mass media, the growing power of young consumers, creates a very compelling proposition for the Indian retail industry. Also significant is the leveling out of purchasing power across India that brings into focus the markets beyond the metros.

Kishore Biyani, Group CEO, Future Group flagged off the launch of ‘Unmetro – The Action is Elsewhere’ video, which will be amplified with the help of print ads, web banners and across the Unmetro web page. The campaign idea revolves around the fact that generally people have been enamoured by life in the metros, while the real action is brewing in the ‘Unmetro’ heartland of India, and stresses that the ‘action is elsewhere’.

Appreciating Dainik Bhaskar’s Unmetro initiative and the film, Biyani said, “Along with the metros, non-metros and Tier 2 and 3 markets have become very important. I appreciate the effort of Dainik Bhaskar in focusing the attention of marketers and advertisers on these growing markets.”

Commenting on the launch of the digital campaign, Girish Agarwaal, Director, Dainik Bhaskar, said, “We see a whole new opportunity in Unmetros, where the rising affluence levels and changing consumption patterns are opening doors for marketers to service these new regions. Consumerism is on the rise, as also the desire to experience better lifestyles and enjoy global brands. This has created numerous opportunities for both national and international brands in India. Through the Unmetro initiative, we champion the cause of Tier 2 and 3 markets, helping marketers and advertisers to serve these markets better and play a role in transforming them into stronger growth centres.”

Harshad & Kainaz, Executive Creative Directors, Ogilvy & Mather, added here, “In this campaign, we have developed an Unmetro song. It is a likeable and catchy tune, which in an un-intrusive way is an attempt to engage with media planners and advertisers and introduce them to the concept of Unmetro, which is where the action has shifted. This also finds expression in print.”